European majors remain committed to E&P west of Shetland despite the recent withdrawals by Chevron and ConocoPhillips, according to GlobalData. 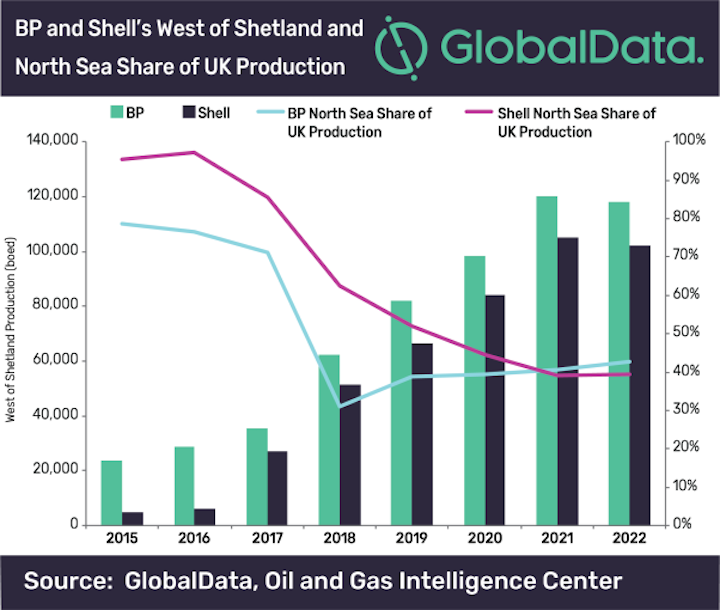 LONDON – European majors remain committed to E&P west of Shetland despite the recent withdrawals by Chevron and ConocoPhillips, according to GlobalData.

However, infrastructure restraints could hinder future growth potential in the basin.

Around 75% of blocks offered under the 30th UK Offshore Licensing Round in 2017 had European major participation, with companies in this category holding 80% of planned and announced projects in the area, the analyst claimed, compared to 40% in the North Sea.

Daniel Rogers, Upstream Oil and Gas Analyst at GlobalData, said: “In 2018, Royal Dutch Shell (Shell) and BP’s hydrocarbon production combined accounted for over half of the WoS total volume.

“Over recent years both companies have seen North Sea production volumes lose dominance in relation to their UK portfolios. As a result, the WoS is set to overtake the North Sea as Shell’s major producing basin in the UK by 2020, whereas this occurred for BP in 2018.”

Most of the upcoming field developments in the area are oil focused as oil processing capacity at the Sullom Voe terminal has excess capacity available over the near term.

But Shetland Gas Plant (SGP), which processes and exports the area’s produced gas, is currently running at less than 25% spare capacity.

“Total’s recently discovered Glendronach gas-condensate field is expected to add over 200 MMcf/d of gas supply to the SGP at its peak and could commence production as early as 2021,” Rogers said.

“This, in addition to gas volumes coming from the Cambo [operated by Siccar Point Resources] and Rosebank [Equinor] oil field developments could further strain the existing infrastructure.

“Operators looking to develop new gas fields in the WoS through the mid-2020s could be challenged by the area’s capacity restraints. The investments required for facility expansions may impact project returns and force operators away from marginal gas developments.”