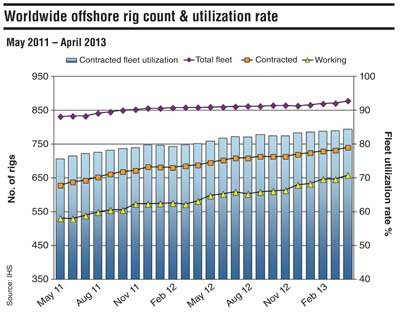 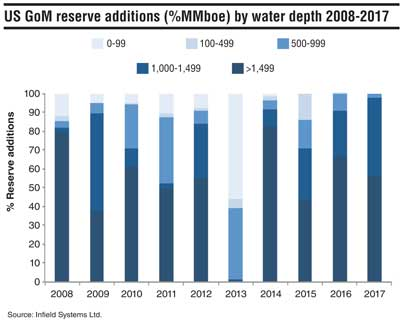 This month, Infield Systems examines the expected reserve additions offshore US Gulf of Mexico going forward to 2017. A total of 34 operators are expected to bring onstream new field developments within the area during this period, with Shell and ExxonMobil leading the market. Altogether, new field developments over the 2013-2017 timeframe for these two market leaders are expected to equate to reserve additions of 1,922 MMboe and 1,009 MMboe respectively.

While the trend toward ever deeper offshore field developments is evident, 2013 is forecast to be an exception, with seven field developments located in water depths less than 100 m (328 ft) expected to enter production. The largest of which is expected to be the Davy Jones prospect, located offshore Louisiana on the US GoM shelf, with gas reserves of 1 tcf forecast to come onstream during the year.
- Catarina Podevyn, Analyst, Infield Systems Ltd.