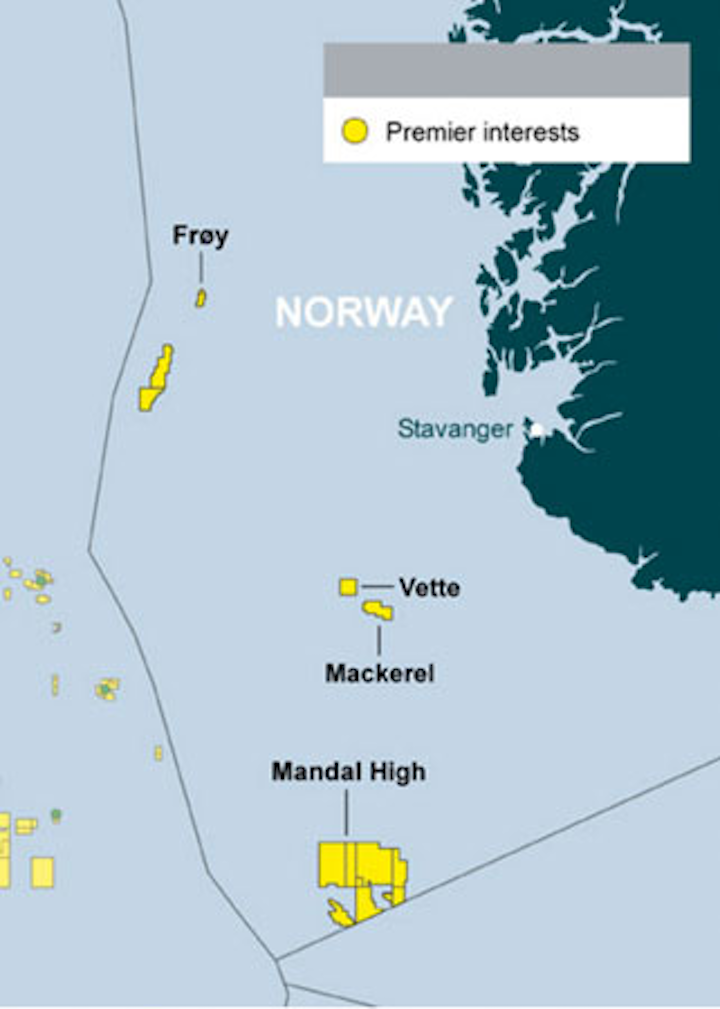 Thirty-four of the 57 blocks offered were in the southeastern part of the Norwegian Barents Sea, an area previously closed to exploration because of a long-running border dispute with Russia. Analyst Wood Mackenzie suggested that any resultant discoveries would have to contain at least 500 MMboe for oil or 6 tcf for gas to warrant development at current oil prices. However, the threshold could drop to 300 MMboe if companies could find ways of cutting drilling costs, for instance through efficiency measures or lower rig rates. Norway’s 78% tax rebate could also act as an incentive to drillers in the region, perhaps limiting the price per exploration well to around $20 million.

DNV GL issued its findings of technologies needed for year-round oil and gas production in the Barents Sea at the recent OG21 forum in Oslo, Norway. The report identified nearly 30 challenges and called for advances in areas such as large-bore wells, gas compression, power supply, and subsea facilities.

In terms of waves and wind, the local environment is less demanding for petroleum activity than other parts of the Norwegian continental shelf, the study found. Other elements make it more exacting, notably the potential for marine icing and the build-up of polar lows and fog.

The research team based their assessments on three field development scenarios: oil production from an FPSO in the southwestern Barents Sea; subsea oil production in the same sector; and gas production from an FPSO in the southeastern Barents Sea. Future operators could draw on experience of technologies deployed in similar environments elsewhere, such as Grand Banks offshore Newfoundland and Sakhalin off eastern Russia. But there is scope for improvement in 11 areas of technology, the team found, including same-season relief well capability; ice loads prediction models; and detection and monitoring of oil in and under ice.

UK Chancellor George Osborne’s Autumn Statement and Spending Review contained no new measures to assist the increasingly beleaguered North Sea industry. However, he did note the steep decline in tax receipts fromNorth Sea production. In response, Mike Tholen, Oil & Gas UK’s economics director, stressed the imperative to boost confidence and encourage investment in the UK continental shelf. “If the oil price continues to be lower for longer,” Tholen said, “there is little doubt that alongside the industry’s own concerted effort to improve its efficiency, we will need to work with treasury on additional measures, including revisiting the current headline tax rate.”

Oil & Gas UK would seek clarity, he added, on one of Osborne’s new proposed taxes, a levy on all UK employers with a pay bill of more than £3 million ($4.6 million). This could disproportionately impact oil and gas businesses, Tholen warned, particularly oil companies which already pay a statutory levy to a training board.

The oil price has stifled various independents’ attempts to raise funds for exploration and development projects in the UK North Sea. Iona Energy’s failure to attract another partner for its Orlando oil field development - a planned subsea tieback to the Ninian complex - led the company to start insolvency procedures late last year. Atlantic Petroleum, the existing co-venturer, could be dragged down too if it does not find an alternative way of keeping the project afloat, management warned.

Lundin Petroleum has started production atEdvard Grieg, the company’s first greenfield development in the Norwegian sector based around a platform. Grieg, initially known as Luno, was in a previously overlooked Jurassic play in the Utsira High region of the northern Norwegian North Sea, 180 km (112 mi) west of Stavanger. Lundin then applied its understanding of the geology to discover the nearby Avaldsnes structure, now known as Johan Sverdrup.

The development is targeting an estimated 187 MMboe of reserves, a figure that could rise following analysis of a successful appraisal well last year on a southeastern extension of the field. Aker Solutions performed engineering while Kvaerner and Apply Leirvik constructed much of the platform: the 22,500-metric ton (24,802-ton) topsides comprises an integrated processing, utility, and living quarter facility. Produced oil is exported to Norway’s Sture terminal for processing via a connection to Statoil’s Grane pipeline. The gas heads through a separate pipeline system to St Fergus, north of Aberdeen.

Decommissioning expenditure on the UK continental shelf could reach £16.9 billion ($25.7 billion) over the period 2015-24 according to Oil & Gas UK’s latest survey. The findings, based on responses from 28 operator companies, suggest that 79 UK platforms could be removed in this time frame - around 17% of the 470 installations that will need to be taken out of service over the next 30-40 years.

Almost two-thirds of the spending will likely occur after 2020, when most of the projects are predicted to go forward. However, technological advances and improved production cost efficiency could lead to deferrals of some projects, the survey found. Just under half of the expenditure will be directed at fields in the UK central North Sea, which accounts for 32 of the identified projects. Well plugging and abandonment is the single most expensive category, with more than 1,200 UK offshore wells scheduled for work over the coming decade.

The Norwegian Petroleum Directorate (NPD) says it expects around 40-50 wells to be plugged annually offshore Norway over the next few years. However, NPD is concerned at an apparent trend to plug wells as a means of keeping contracted rigs active in the sector - it would prefer the industry to use available rig capacity to drill new wells or work over existing ones to counter declining production from some fields.