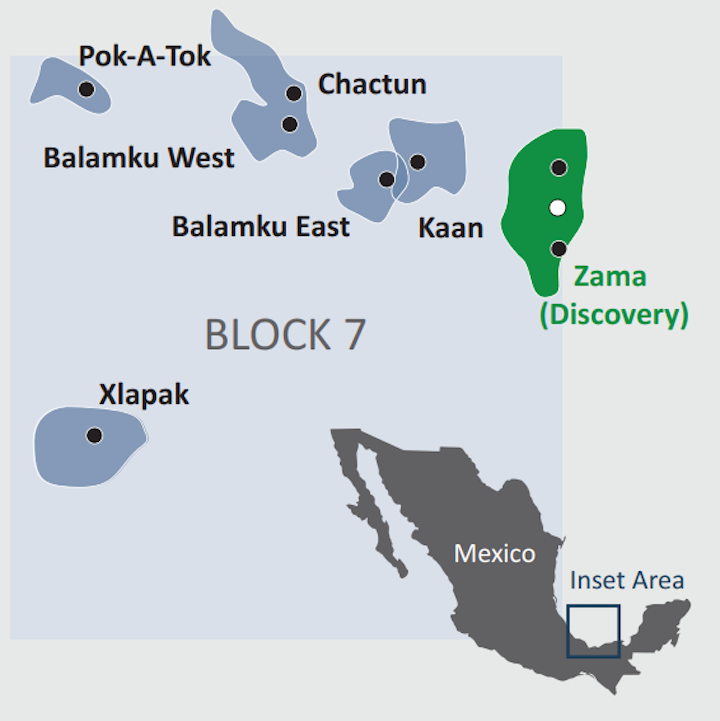 In addition, the commission approved additional exploration activities on the block, which Talos operates in partnership with Premier Oil and Wintershall DEA subsidiary Sierra Oil & Gas.

Aside from the appraised Zama field, the consortium has identified various targets such as Xlapak and Pok-A-Tok prospects, each with estimated resources in the range 75-150 MMboe.

These are amplitude-supported oil prospects in sands of similar age to those tested in the Zama wells, and they are also close enough to Zama to allow for development cost synergies, if successful.

The original block 7 production-sharing contract required the consortium to relinquish around half the acreage upon obtaining a two-year term extension; however, the modified exploration plan, approved by CNH, allows for retention of the acreage covering all the potential exploration targets.

In the meantime, discussions continue with Pemex on unitization of the Zama field, which extends into an adjoining block.

Front-end engineering and design is advancing ahead of a planned final investment decision in 2020.