EnQuest has provided an update on its field developments in the North Sea and offshore Malaysia. 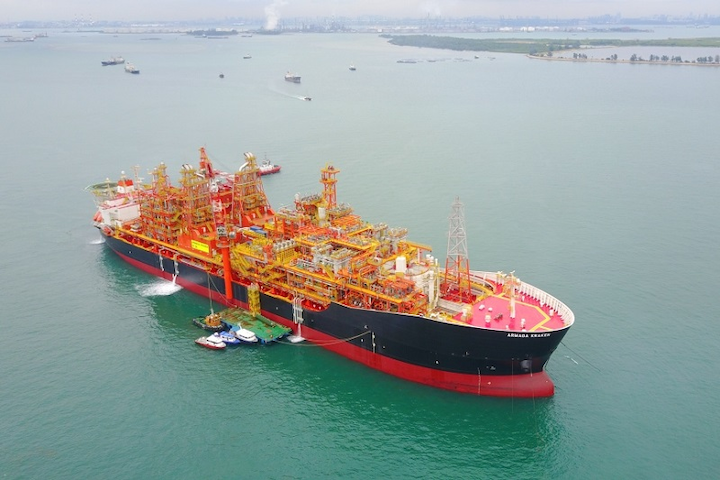 LONDON– EnQuest has provided an update on its field developments in the North Sea and offshore Malaysia.

In the East Shetland basin, the company delivered first oil fromKraken on June 23, 2017.

Commissioning of the FPSO vessel topsides equipment continues and, despite good well deliverability, has been constraining production so far. While in 3Q 2017, volumes are behind forecast as equipment is commissioned, EnQuest expects operational uptime to improve accordingly and to deliver plateau production of about 50,000 b/d gross in 1H 2018.

DC3 wells are now due to be completed in 4Q 2017, ahead of schedule, further facilitating the achievement of plateau performance in 1H 2018.

EnQuest says that it expects to achieve a further c.$100 million of capex savings on the project as a result of the drilling of DC3 being completed three to four months earlier than planned and lower market rates for the subsea costs of DC4. Full cycle gross project capex is now estimated to be c.$2.4 billion, 25% down on the original sanctioned cost of $3.2 billion.

In the UK northern North Sea, the ongoing Thistle/Deveron program to improve the reliability of water injection continues to have a positive impact. Plant uptime is also improving. Well performance was particularly good at Don Southwest, with high levels of production efficiency across the Don fields.

The company says that production-improving chemical treatments are planned at both West Don and Don Southwest.

In the UK central North Sea, the work program in theGreater Kittiwake Area (GKA) and Scolty/Crathes continues to be focused on optimizing production across the assets.

The GKA fields have delivered high levels of plant uptime and production efficiency. Production rates on Scolty/Crathes have been constrained due to wax build up in the pipeline. Chemical treatments have been carried out which have allowed production to continue at reduced rates. Further work is ongoing to identify longer-term solutions.

Evaluation of the potential from theEagle discovery is ongoing; Dana Petroleum has confirmed its intention to withdraw from this discovery.

AtAlma/Galia, the final phase of the power and also the produced and sea water injection optimization projects have been completed on the EnQuest Producer.

Production from Alma/Galia has been lower than last year, given shut in wells, production outages in 1Q due to storm damage and natural declines. Discussions continue with the ESP supplier on rectification plans to address the ongoing pump reliability issues.

The focus of the Tanjong Baram field remains on steady, safe and low cost operations.