Equinor and its partners have approved plans to extend production from the Statfjord field in the Norwegian North Sea out to 2040. 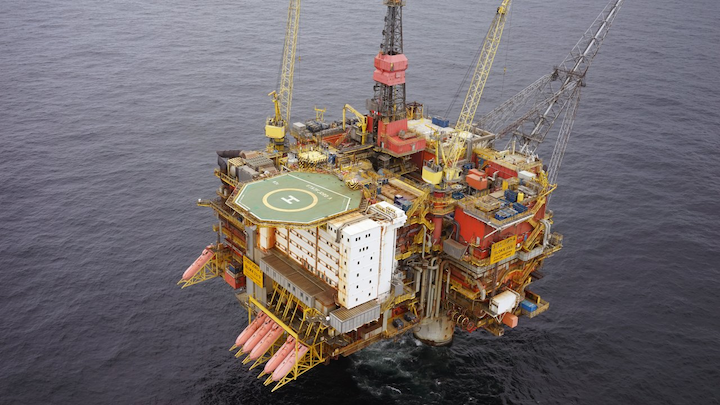 The Statfjord A platform in the Norwegian North Sea.
(Courtesy Equinor)

OSLO, Norway – Equinor and its partners have approved plans to extend production from the Statfjord field in the Norwegian North Sea out to 2040.

They plan to extract more value from the field and to defer decommissioning of the Statfjord A platform, which had been planned for 2022, until 2027.

Last May, Equinor had contracted Allseas to start preparations for removal of the platform’s 48,000-metric ton (52,911-ton) topsides.

Statfjord B and C, which like ‘A’ have concrete gravity base structures incorporating storage cells, will both remain in service beyond 2035.

Mobil discovered the field in 1974. Since start-up in 1979, Statfjord field has generated NOK1,600 billion ($180.2 billion) in revenues, and remains Norway’s largest discovery to date, with reserves of close to 9 Bboe.

Produced oil is offloaded to shuttle tankers with the gas piped to Norway and the UK.

The plan for extending production involves maturing new reserves for recovery, at the same time implementing upgrades to the platforms.

Around 100 new wells will be drilled between now and 2030, helping to sustain the current production level beyond 2025.

At the same time, Equinor will reorganize operations at Statfjord and establish a new late-life unit which will devise new ways of working for safe and efficient operation, with a focus on lowering carbon emissions.

The late-life unit will also have responsibility for decommissioning programs concerning the Veslefrikk and Heimdal installations in the North Sea.

Over the next five years, Equinor aims to halve carbon dioxide emissions per produced barrel from the field through higher production. Its team has also identified various measures for increased energy efficiency to maintain a constant level of energy consumption, during a period of higher offshore activity.

Toward 2030, the goal is to reduce absolute emissions from Statfjord by more than 40%, in line with the company’s recently stated goals for its fields across the Norwegian continental shelf.