The supermajors are looking to sell assets that could fetch a total of $27.5 billion, according to Rystad Energy’s latest assessment. 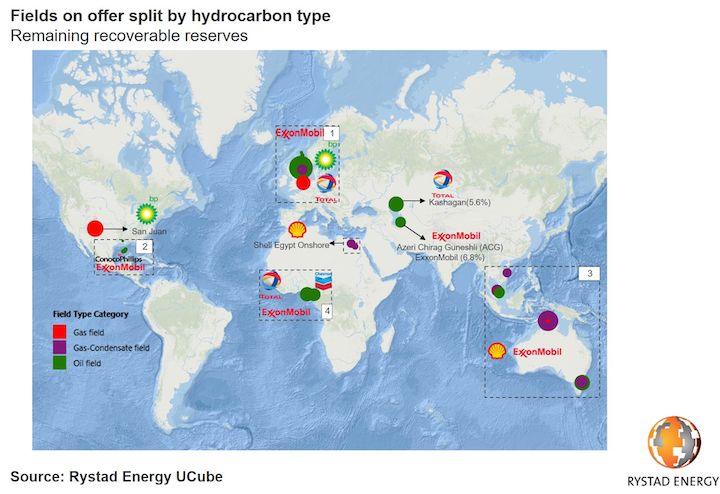 OSLO, Norway – The supermajors are looking to sell assets that could fetch a total of $27.5 billion, according to Rystad Energy’s latest assessment.

These companies are actively shedding mature assets on a massive scale in a bid to finance higher-yielding investments elsewhere, with the added benefit of pleasing shareholders who are calling for stricter capital discipline.

Ranjan Saxena, an analyst on Rystad Energy’s upstream team, said: “The expected transactions mean some of the majors are poised to exit certain regions, giving regional players and independents a chance to buy into key fields and help keep them profitable through production-life extensions and new developments.”

Rystad has taken a closer look at some of the main assets currently up for sale.

“While oil and gas majors increase their focus on core areas and divest mature assets and interests in geopolitically unstable regions, observers will be following closely to see how investors react and what other steps these energy giants will take to keep stakeholders interested amid rising climate concerns and geopolitical volatility,” Saxena added.

Here are some highlights from the firm’s latest report:

ExxonMobil plans to divest assets worth $15 billion by 2021 as it focuses on developing oilfields in Guyana and the US Permian basin, as well as gas projects in Mozambique and the US Gulf of Mexico.

Chevron needs to raise capital for projects such as Tengiz in Kazakhstan, Contract 3 in Thailand, and its US shale positions in the Permian basin. In addition, the company is considering a sale of assets in Nigeria which could be valued at up to $2 billion.

BP is looking to offload some of the US shale assets that lie outside of its core areas in order to help fund last year’s $10.5 billion purchase of BHP’s North America subsidiary. The company put seven asset packages on the market, headlined by the gas-rich San Juan Basin acreage on the Colorado-New Mexico border. A sale could fetch between $1.6 billion and $2 billion for all the packages combined.

Total plans to divest assets worth $5 billion by 2021. The company is seeking to sell one-third of its 16.8% stake in the giant Kashagan field in the Kazakh sector of the Caspian Sea, thought likely to attract offers of between $3.2 billion and $4 billion.

Shell plans to divest assets worth $10 billion by 2021 and is reportedly looking to exit the Abadi LNG project in Indonesia, which could raise between $1 billion and $1.6 billion for the supermajor.

ConocoPhillips has placed its entire 234,000-acre asset in the emerging Austin Chalk play of Louisiana on the market, about a year-and-a-half after the position was first unveiled. The valuation is expected to be below $1 billion. 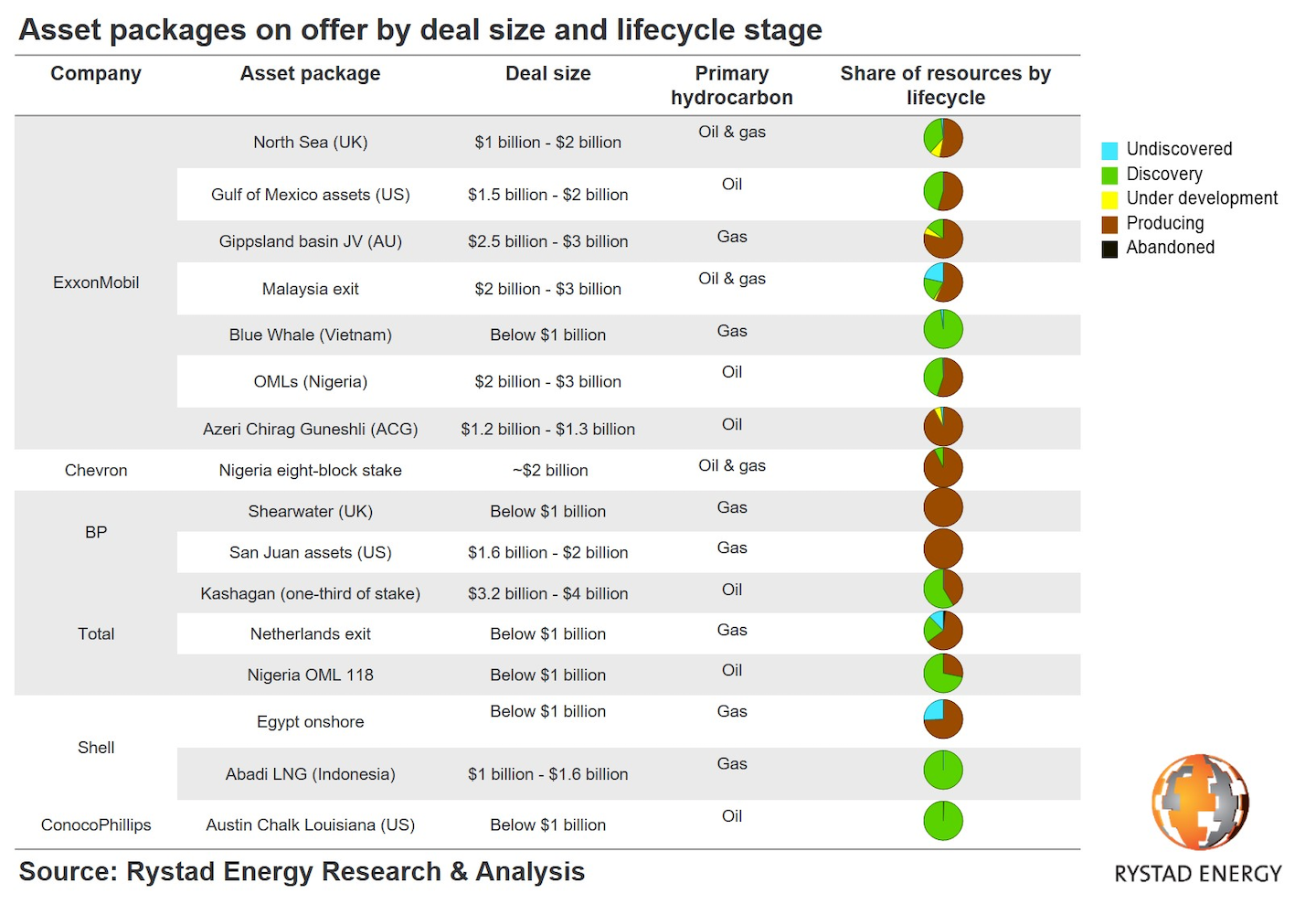