Equinor starts up Mariner in the UK North Sea 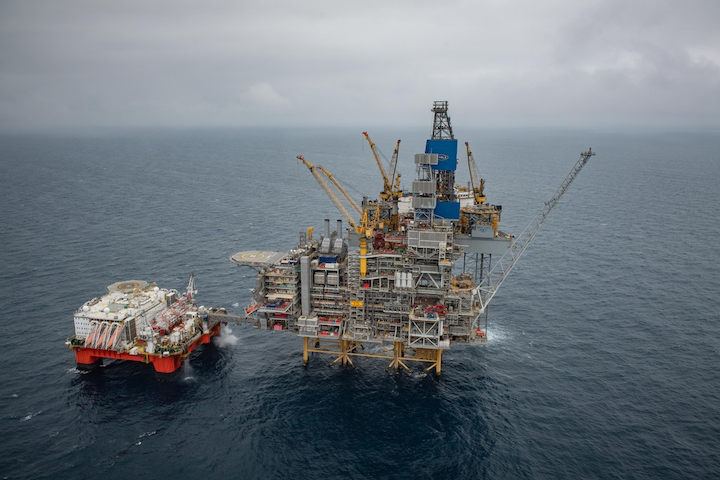 The Mariner field is in the East Shetland basin in the UK North Sea.
(Photo: Jamie Baikie and Michal Wachucik / Equinor ASA)

STAVANGER, Norway – Equinor has produced first oil from the Mariner field in the East Shetland basin in the UK North Sea.

Equinor estimates in-place oil of up to 3 Bbbl in the Mariner reservoirs, 50% higher than the original assumption, and the predicted recovery rate too has risen by 20%.

According to Anders Opedal, the company’s executive vice president for Technology, Projects and Drilling, “By gathering and interpreting new seismic data we have improved our understanding of the reservoirs.

“This has resulted in fewer and better placed wells and increased resources since the project was sanctioned in 2012.

“With the significant volumes in place, we see clear potential to further increase the oil recovery from the Mariner field and will proactively seek opportunities to do so through the application of new technology, additional drilling, and future tieback opportunities.”

Mariner has been one of the UK’s largest industrial projects in recent years, the company added, with total investments of over $7.7 billion. UK suppliers have secured contracts worth over $1.3 billion since the development started.

“With the start-up of Mariner, we have delivered one of the most complex developments in the North Sea and Equinor’s portfolio,” Opedal added.

“We will continue to apply digital solutions and new technology to deliver safe and efficient operations and optimize production.”

Oil and Gas UK upstream policy director Mike Tholen commented: “First oil from Mariner represents a significant achievement for Equinor and its pioneering development of the field, helping the company to become a major player in the UK sector of the North Sea with a long-lasting, positive impact on the region.

“As the largest offshore development in the UK for a decade, Mariner has utilized pioneering technology to bring onstream a field first discovered nearly 40 years ago. In doing so it has provided thousands of highly skilled jobs across the country during its development and will support many more in the years to come.

“The Mariner field will contribute towards energy security for the next 30 years. With up to 3 Bbbl of oil in place, it contributes to industry’s shared ambition Vision 2035 – which looks to meet as much of the UK’s oil and gas needs from home-produced resources as possible.”