Shell may seek fast ramp up at Prelude offshore Australia 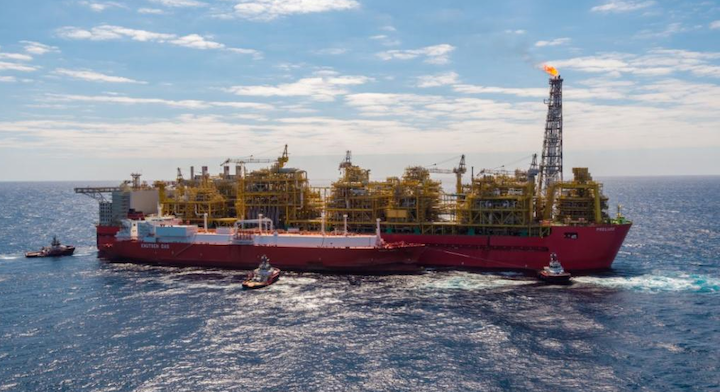 The Valencia Knutsen, a Spanish-flagged tanker, is transporting the LNG cargo from the Prelude complex in block WA-44-L.
Shell

The Valencia Knutsen, a Spanish-flagged tanker, is transporting the cargo from the Prelude complex in block WA-44-L.

“How fast Prelude delivers its second and third cargo and ramps up to plateau output will be a key indicator of success,” he claimed.

“Shell will be keen to ramp up to full production quickly to counteract any reserves impact from the already producing and connected Ichthys field.”

Front-end engineering design started earlier this year for the Crux field, which will also send production to the FLNG vessel. “We expect an FID late next year with first production in 2025,” Toleman said.

Later this year Shell plans to spud the Bratwurst exploration well. If this leads to a significant gas discovery, the volumes could also be developed via the Prelude facility.

With Prelude onstream, Australia is set to export more than 80 MMt/ytr of LNG, Toleman continued, which means it would overtake Qatar as the world’s largest LNG producer.

“The completion of Prelude marks the end of the Australian greenfield LNG boom. The next investment cycle is already in sight, with backfill projects – Scarborough, Barossa, Browse, Arrow and Crux – vying for FID.”