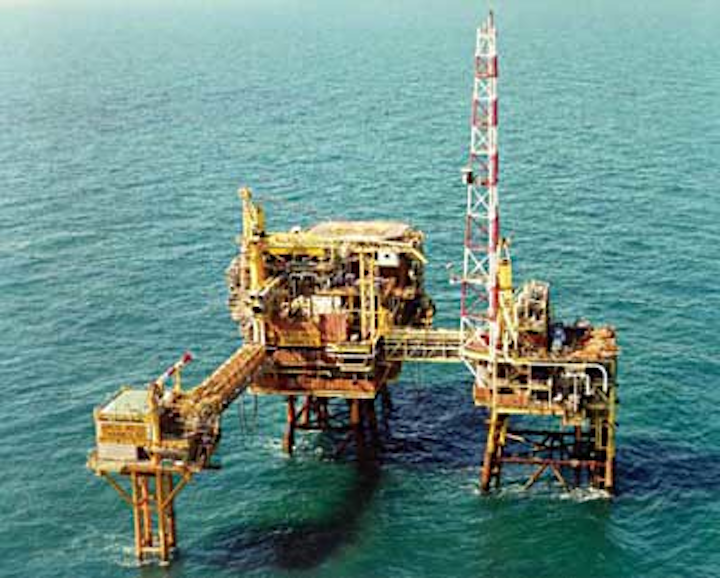 Topsides removal will be performed by a heavy-lift vessel (HLV), single-lift vessel, (SLV) or a combination of a crane vessel and the piece-small method. The decision will be based on the bids submitted. Jacket removal will be performed by an HLV or SLV, or by attaching the structures to an up-ended barge, a method untried to date in the North Sea.

The Horne/Wren platform is a small, unmanned installation with a 90-metric ton (99-ton) deck supported by a 455-metric ton (501-ton), tripod jacket in 41 m (134 ft) of water. Following a conceptual platform removal study by Xodus in 2013, the platform will be removed by reverse installation.

On Thames itself, there are five platform wells to be P&A'd, comprising three producers and two water disposal wells. One of the producers was drilled into Wensum. A rigless method will be used to plug the platform wells. There are also five subsea wells, one each for the four fields in the complex, plus a suspended subsea well located beneath the AW platform.

In the fields outside the Thames Complex there are a further 12 wells to be plugged – 10 subsea and two platform drilled. There are also subsea structures on the Arthur, Gawain, and Orwell fields. The Arthur wells are tied into a manifold while the wells on Gawain and Orwell are each housed on a template/manifold. The structures vary somewhat in weight. The Arthur manifold weighs 23 metric tons (25 tons) with a protection frame of 355 metric tons (391 tons). The Orwell template weighs 250 metric tons (275 tons) and the protection frame in which the manifolds are incorporated, another 200 metric tons (220 tons).

Templates, manifolds, and protection structures will be retrieved and disposed of onshore. However, a survey of the pipelines and umbilicals, including the export pipeline to Bacton, showed that they are trenched and buried, and should therefore be left in place after flushing and cleaning and cutting off any exposed ends.

Stabilization materials such as rock, frond mats, and grout bags will be assessed for integrity and burial depth, although the bulk of this material will also likely be left in situ. Attempts will be made to remove the concrete mattresses safely, but if these fail, a proposal will be made to leave them in place.

There is no recommendation concerning drill cuttings piles. Due to the strong seabed currents in the shallow waters of the Thames area, no cuttings piles have been found, so they are all presumed to have been dispersed.

Decommissioning operations such as well abandonment will be coordinated on the various fields where possible. Activities were due to get underway in the latter months of 2014 and are expected to be completed by 2018.