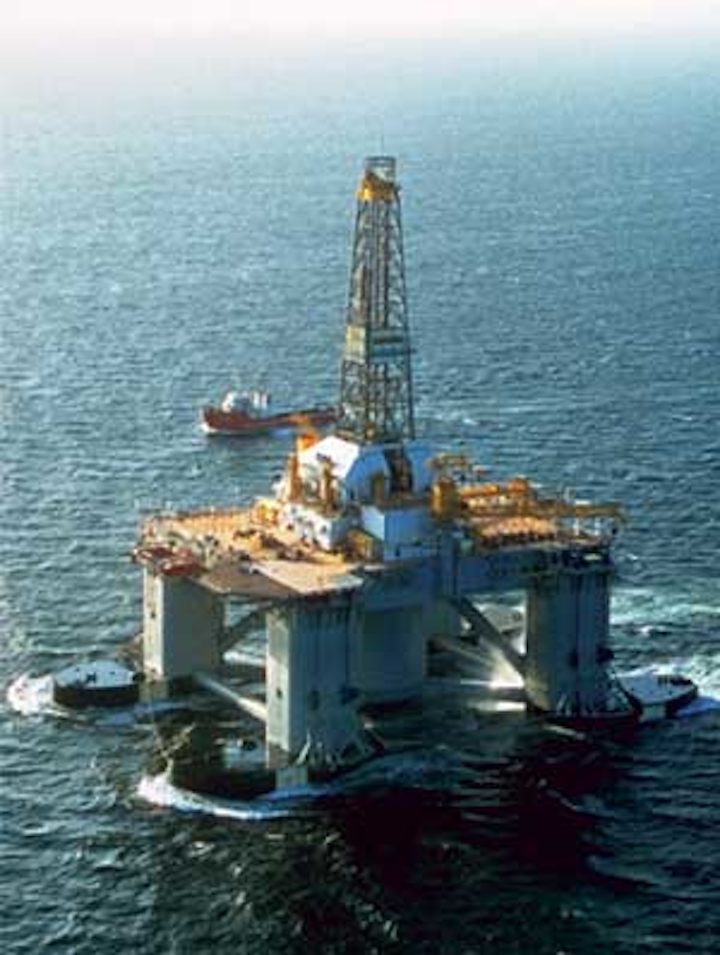 Offshore: How have the power requirements escalated over time?

Norton: In the early '70s, rigs generally had four 2,000-hp diesel generator sets that were able to handle all of the drilling operations and the hotel requirements. And you had a small crew, maybe 80 to 100 people. The major consumer was the drilling equipment. In the 1980s, the rigs were still moored but they had thrusters to assist the mooring system during high environmental conditions and the power requirements were 6,000 to 8,000 kW. Now, with DP, you are talking about power requirements of 40,000 to 45,000 kW, with the largest consumer being the DP system.

Offshore: What are the latest advancements regarding power?

Norton: Engine manufacturers have always strived to improve the economy and to lower the fuel consumption of their engines. That's been a big help because we had four engines in the '70s, and now we have maybe six or eight engines but we've quadrupled the horsepower. So, we've been able to go with slightly larger, more efficient engines, which helps as they get bigger and heavier.

Offshore: Let's talk about the drill rig market today. What are the trends? What are you seeing in semisubmersible drillships?

Norton: Right now, it looks like the biggest market is for jackups and drillships. The semi design market, for us, has been fairly flat. We had quite a few semis built several years ago, but, presently, we don't have any under contract. Our biggest market is the jackups, and we are also offering a design for a drillship now. And we see other drilling contractors building multiple copies of drillships. Jackups and drillships seem to be the two big plays.

Offshore: What are the increasing demands that operators are placing on drill rig functionality?

Norton: Before, you drilled the well and then somebody came in and tested the well to determine if it was a viable formation – or they would run extended well tests, and they would have to come in and lay the pipeline. There were a number of various operations that had to be done before the oil was delivered to a pipeline or to shore. Now, however, once the rig on location, operators want the rig to do as much as it can. So, even though the day rate may be higher now, I think that the more the rig can do, once it's on location, it's more cost efficient.

Offshore: So what are the rig services that operators are looking for now?

Norton: Most of our designs can do completions, well tests, and set the trees. They can't lay pipe yet, because that's a very specialized industry.

Offshore: What opportunities are out there for independents or new operators?

Norton: There are still some small fields in shallow waters that the majors won't touch because they're just too small. Jackups have lower day rates, can operate in shallow waters, and most of them have a 20,000 to 25,000-ft drilling capacity. Some of the big ones can go up to 35,000 ft. So, in 400 ft or less, they're the most cost-effective piece of drilling equipment. There are various solutions for small fields – you can always put in a platform, or, as you go a little bit further out, you have the floating production, storage and offloading units (FPSOs) and the floating production units (FPUs). And then there is the floating production facility (FPF), which is a marginal field production unit with a minimal production equipment installed.

Offshore: How has the industry workforce changed over the years?

Norton: Back in the mid '80s, when we had a terrible downturn for the industry, a lot of people were let go. Many found jobs in other industries, and, when the market came back, those folks didn't return to the industry. Consequently, the industry lost a lot of experienced people. And the people who replaced them weren't always oilfield-related people. They were younger people without much experience. There are still some of the old fellas, like me, who managed to survive, and we learned over the years what worked and what didn't work. A lot of these newer people don't have this experience, so there's a lot of reinventing of the wheel or mistakes being made. Now, some of the retired folks are coming back as contractors – sometimes working for the same companies that they worked for originally. The trend seems to be for companies to have a smaller, core workforce and then to supplement it with contractors.