Determining the potential for field life extension and platform re-use involves modeling and calculations based on a wide range of factors. 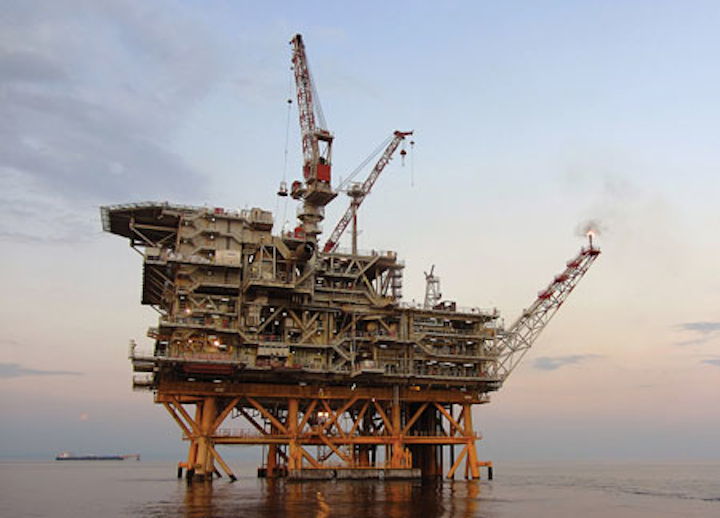 Determining the potential for field life extension and platform re-use involves modeling and calculations based on a wide range of factors. These include meteo-marine data collected onsite over the period of service and the performance of the offshore structure in situ.

Building and installing a new platform, particularly in frontier areas, must draw on assumed environmental data, sometimes to withstand a 100-year storm, depending on the location. With a life extension exercise, however, there is a record of surrounding metocean conditions going back perhaps 20 years, along with the residual condition of the platform. So effectively, planning for re-use or life extension means measuring what you have and the maximum event that the structure (as-is) can withstand in the future.

RINA Services has developed a system approach for this task that has been applied by operators seeking to extend the lives of existing platforms offshore Turkmenistan; to re-use a Gulf of Mexico platform offshore Congo; and to extend the life of a platform onsite in the Mediterranean Sea by 20 years.

The starting point is to create an adequate picture of the platform in its current state that captures the design strength and the impact over time of corrosion and fatigue. These factors must be set against the site-specific conditions and new operational requirements, which may not be the same as those for which the structure was originally designed. RINA then applies its method to determine the risk of structural failure that could lead to unacceptable consequences. These are the critical parts of the process, determining the acceptable level of risk, then establishing the safety target.

Each reassessment begins with data gathering and an as-is survey above and below the water line. All data and survey information is used to build the platform model and the condition of the structure. However, in order to determine the impact of loads the platform may face in future, it is important to employ current methods of environmental calculations described in the updated design codes rather than the original design loads, and this may produce surprises.

There is also a strong argument for using meteo-marine data collected on site during the life of the platform for the basis of the new loads if the platform is to continue on the same site. RINA applied this approach in the life extension of the Edison-operated Vega A platform offshore southern Italy. Analysis of the data revealed that loads in service were 15% below the design loads, particularly for extreme wave loading, which has a major impact on the expected life ahead for the platform.

Determining those probabilities is achieved via the required safety target which can be related to the actual system capacity of the platform, measured by the residual strength reserve of the whole jacket. This is evaluated in the simplified system reliability assessment RINA Services applies for the certification of the life extension of offshore platforms in different locations. The process involves using the statistical distribution of the environmental load extremes according to a lognormal distribution, which allows the reliability evaluation to be delivered in a simple closed form.

A joint industry project by Italian offshore operators concerning the life extension of various offshore structures in the Adriatic Sea evaluated the approximation introduced into this evaluation, with negligible results.

RINA also applied this approach for Dragon Oil’s LAM 28 platform in the Turkmen sector of the Caspian Sea in a water depth of about 27 m (89 ft), comprising various conventional jacket modules joined to the topsides by a latticed module support frame. In 2013 the platform was subject to a reassessment analysis targeting a life extension of 10 years. The reassessment revealed that the platform was compliant with the required safety level for the extension, subject to a special survey, with the proviso that in the event of a sea state leading to a maximum wave height of 10 m (33 ft), the facility must be evacuated.

The same approach was used to determine the expected life of the Nenè; platform that had been in operation in the Gulf of Mexico for 10 years and was then due to be modified and relocated for installation offshore Congo. The analysis, taking into account the structural modifications and conditions at the new site, showed that an in service life of 10 years was attainable with acceptable safety levels of 10 years without the need for strengthening measures.