This month Infield Systems provides an outlook on offshore Africa to 2020.

This month Infield Systems provides an outlook on offshore Africa to 2020. Over the next five years, 73% of fields offshore West Africa are expected to enter production. Angola, which is Africa’s second largest oil producer behind Nigeria, is expected to continue to be a major driver of offshore activity over the next five years. A notable project expected to enter production is the Total-operated ultra-deepwater Kaombo project where six fields will be developed using two FPSO conversions supplied by Saipem. In Nigeria, Total is expected to bring online its ultra-deepwater Egina field, also using an FPSO which Samsung Heavy Industries is providing under a turnkey contract. 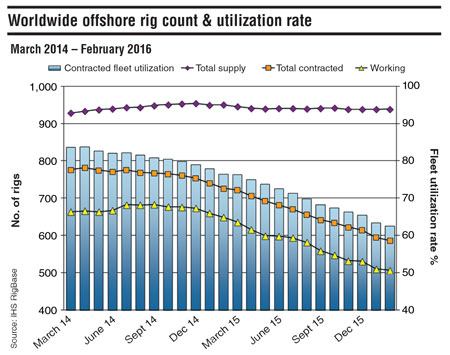 Ghana is another important West African market. Tullow’s deepwater TEN project, which consists of the Tweneboa, Enyenra and Ntomme fields, is a key development that is expected to come onstream during the forecast. All three fields will be linked to the Prof. John Evans Atta Mills FPSO which is being leased by Modec for an initial 10-year period. In Congo (Brazzaville), Total’s deepwater Moho Nord Marine field is anticipated to start production at the end of 2016, using an FPU and TLWP. Hyundai Heavy Industries is supplying both platforms. 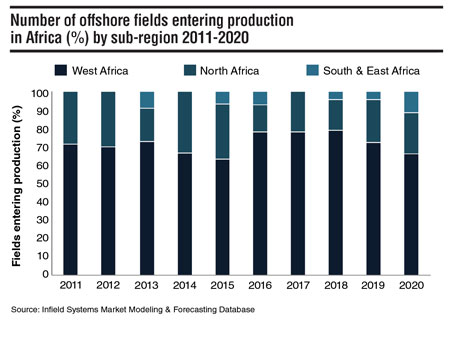 The final investment decision (FID) for the Cameroon FLNG project was taken in late 2015. The project entails the deployment of the region’s first FLNG FPSO, the Golar Hilli, which will process 500 bcf of natural gas from the nearshore Kribi area gas fields. LNG exports from the project are expected to start during 2017. Another FLNG project which could start production before 2020 is Ophir’s ultra-deepwater Fortuna field project located in block R offshore Equatorial Guinea. Golar LNG’s Gandria FLNG FPSO, which is being converted at Keppel, will be deployed to the field. The FID for the project could be taken during 2016.