Equinor could account for 17% of crude and condensate (liquids) production in 2025 from greenfield projects in northwest Europe, according to GlobalData. 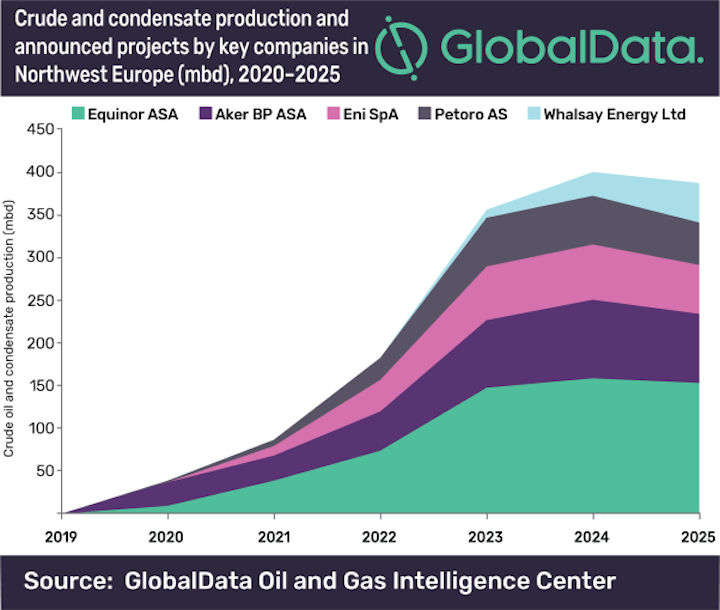 LONDON – Equinor could account for 17% of crude and condensate (liquids) production in 2025 from greenfield projects in northwest Europe, according to GlobalData.

The data/analytics specialist’s report, ‘2019 Northwest Europe Upstream Development Outlook – Surge in New-Build Oil and Gas Project Starts for 2020’ forecasts total crude and condensate production from planned and announced projects across the region at around 901,900 b/d in 2025, with Equinor supplying roughly 152,200 b/d, two-thirds of this from planned projects and the remainder from early-stage announced projects.

Adithya Rekha, Oil and Gas analyst at GlobalData, said: “The Johan Castberg field in Norway is the largest project in Equinor’s portfolio with expected crude and condensate production of 170,600 b/d in 2025.

“The company has a 50% equity stake in the project. Johan Castberg is expected to start production in 2022.

“Other key fields under the company’s portfolio include D-struktur, Garantiana and the Tor redevelopment, which are expected to collectively produce 60,300 b/d in 2025.”

Aker BP will likely be the second-highest operator in the region with 82,400 b/d of planned and announced crude production from greenfield projects in 2025. Frigg Gamma Delta is the major project with expected crude production of 21,600 b/d of crude oil in 2025.

According to Rekha, “Eni occupies third place with 56, 500 b/d of newbuild crude oil production entitlement from upcoming fields in 2025. It accounts for 6% of the entire region’s crude and condensate production in 2025.

“Along with Johan Castberg, Garantiana, and Fenja are the key upcoming projects in Eni’s portfolio and are expected to produce 21,000 b/d of crude oil each in 2025.”