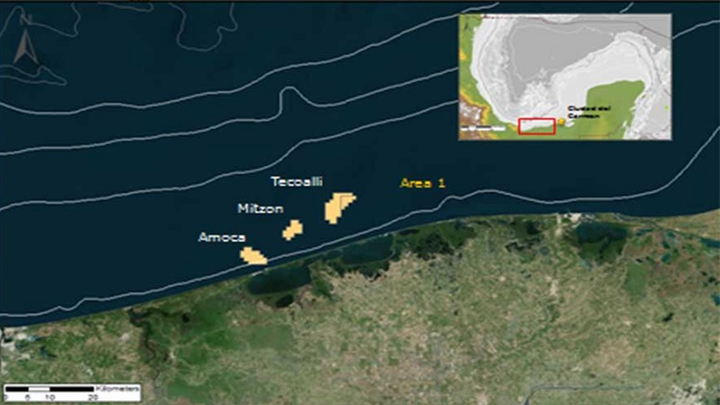 Early production has started from the Mitzón 2 well on the Miztón field in Area 1 in the Campeche Bay offshore Mexico. This was the initial development on the concession which also contains the Amoca and Tecoalli fields: total in-place resources are estimated at 2.1 Bboe (90% oil).

Eni acquired Area 1 under a competitive bid round in September 2015.

Production from the Miztón field platform, in 34 m (111 ft) water depth, is exported through a multiphase pipeline to Eni’s onshore receiving facility (ORF) in Sanchez Magallanes, State of Tabasco.

Following separation at ORF, the wellstream continues on to Pemex’s San Ramón plant for treatment.

The plan for Area 1 also includes two additional platforms on the Amoca field and one on the Tecoalli field.

Eni CEO Claudio Descalzi said the company had achieved start-up less than two and half years after its first well in the concession and in less than a year since government approval for the project.