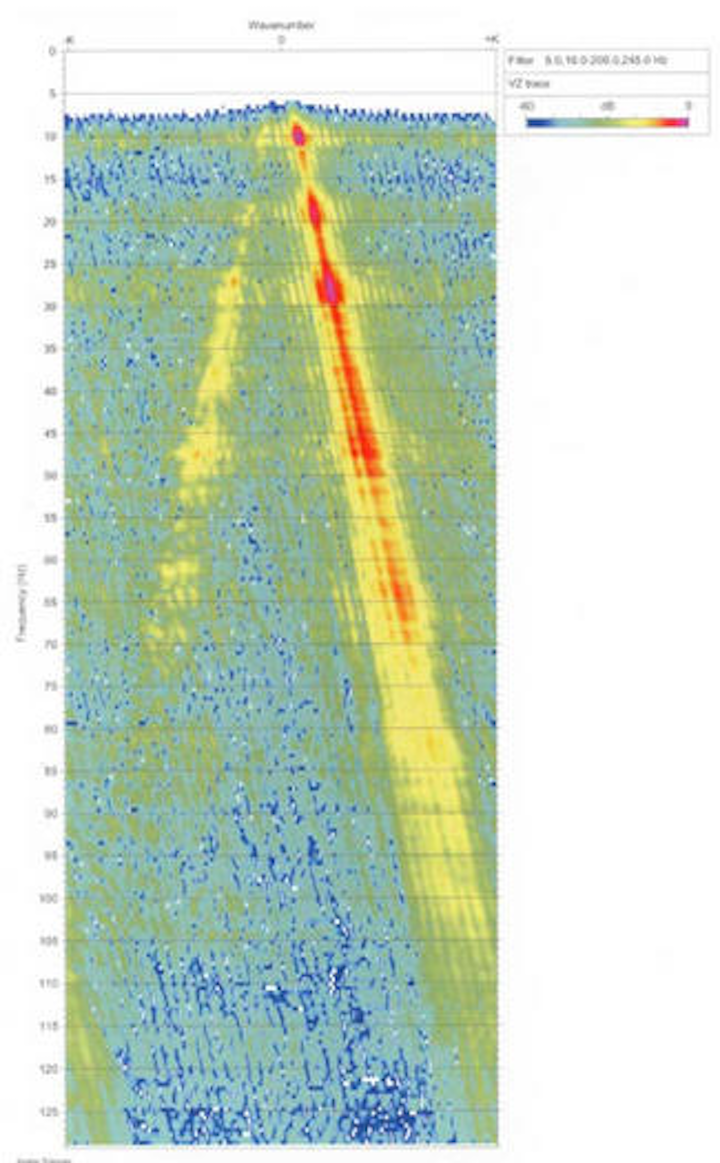 Large scale tectonic fabric discussions competed with outcrop papers and exhibits of cores at the American Association of Petroleum Geolo-gists convention last month. But while the intellectual life of the science seemed alive and well at AAPG, the work life of many geologists is less bright.

Discussions with attendees highlighted several related problems created by the continuing push by oil and gas producer managements in pursuit of dollar-cost as the only useful metric for equipment or service value. For example:

CGG launched a new 12-level receiver array, SST-500, which includes a hydrophone module. Improved navigation controls allow either shooting-on-position to provide control of the source location, or shooting-on-minimum-cycle-time to record the data in the shortest possible rig time, which controls cost. The system is designed to record four-component VSP data in open, cased, vertical, or deviated holes. It has the flexibility to be run with gamma ray or gyroscopic tools.

INT and OpenSpirit joined forces to develop an OpenSpirit enabled 3D Viewer. The viewer is written in Java and will offer platform independent support for 3D visualization.

VoxelVision announced that has improved its earlier single-CPU volume rendering record of 100 M voxels/sec. The record was set using its own Visionarium using a 1.3 GHz Pentium 4 processor with a Diamond FIRE GL3 graphics card. The new record was set using a North Sea 3D seismic volume of 21.5 km by 32.8 km area. Loading of the data took less than three seconds.

US Gulf survey
TGS-NOPEC began a new 3D pre-stack time migration project covering the 14,300 sq km Pangaea area on the offshore Louisiana shelf in the Gulf of Mexico. The project is designed with the latest Kirchoff migration technology in an effort to improve imaging deeper in the subsurface where new exploration efforts are focused.

Veritas DGC won the rights to acquire over 17,000 sq km of 3D data covering four contiguous blocks, BS-008, BS-009, BS-010, and BS-011, off Brazil in the Santos Basin. The project will be shot on a non-exclusive basis. Two vessels will gather the data, the Viking I and Viking II, and will begin shooting this summer with completion in one year.

Petroleum Geo-Services ASA (PGS) is shooting a 2,850 sq km single-source survey for Talisman Energy (UK) over the Flotta Catchment Area (FCA) in the UK North Sea. The advantage of the single-source method, or full-fold shooting, is that it increases sampling redundancy at each subsurface reflection point. The Ramform Victory is shooting the survey using 16 streamers of 4,500 meter length. Completion of the survey is expected by the end of August.