Construction of platform jacket A for the South Pars Phase 13 project in the Persian Gulf is two-thirds complete, with offshore installation set to follow by August. 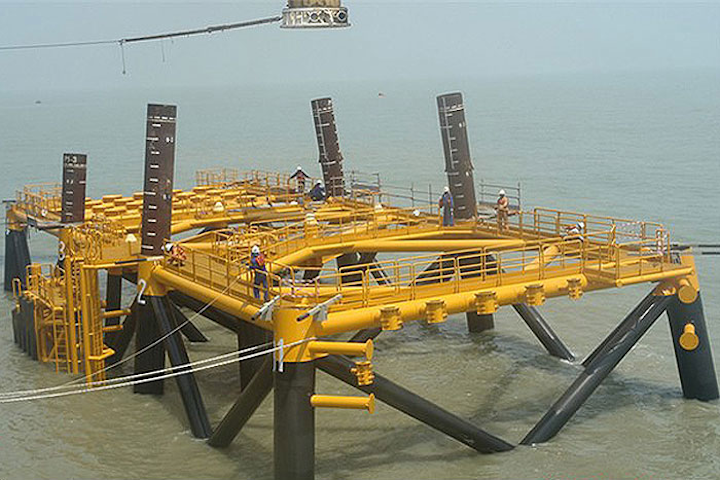 TEHRAN, Iran – Construction of platform jacket A for the South Pars Phase 13 project in the Persian Gulf is two-thirds complete, with offshore installation set to follow by August.

According to a report by news service Shana, it will replace ajacket damaged by a Norwegian tanker in April 2015.

Amongst other recent developments in Iran, Gholareza Manouchehri, deputy managing director for development and engineering atNational Iranian Oil Co. (NIOC), has said that development of offshore fields such as Kish and North Pars has been considered under the country’s new contract model.

Other offshore fields – Hangam, Forouzan, and Reshadat fields – could undergo further development under buyback or contracts.

Shana also reported that NIOC was due to sign terms with Spain’s Tubacex and Foolad Isfahan Co. for the production of corrosion resistant alloy (CRA) pipes.

Tubacex and Japan’s JFE have committed to invest in fabrication of CRA pipes and transfer their technical know-how to Isfahan Steel Co. over three years, the report added.

The contract will involve production of high chromium and nickel bars, seamless pipes, and threading of the pipes.