The offshore oil and gas industry is finally in position for investment growth after a protracted stretch of cost-compression and consolidation. New research by Rystad Energy (page 22) suggests that 2018 will be the turning point, and the growth cycle will begin in 2019. In the long term, Rystad forecasts that by 2025 global offshore greenfield capital expenditure will have fully recovered and surpassed the 2014 level of investments. 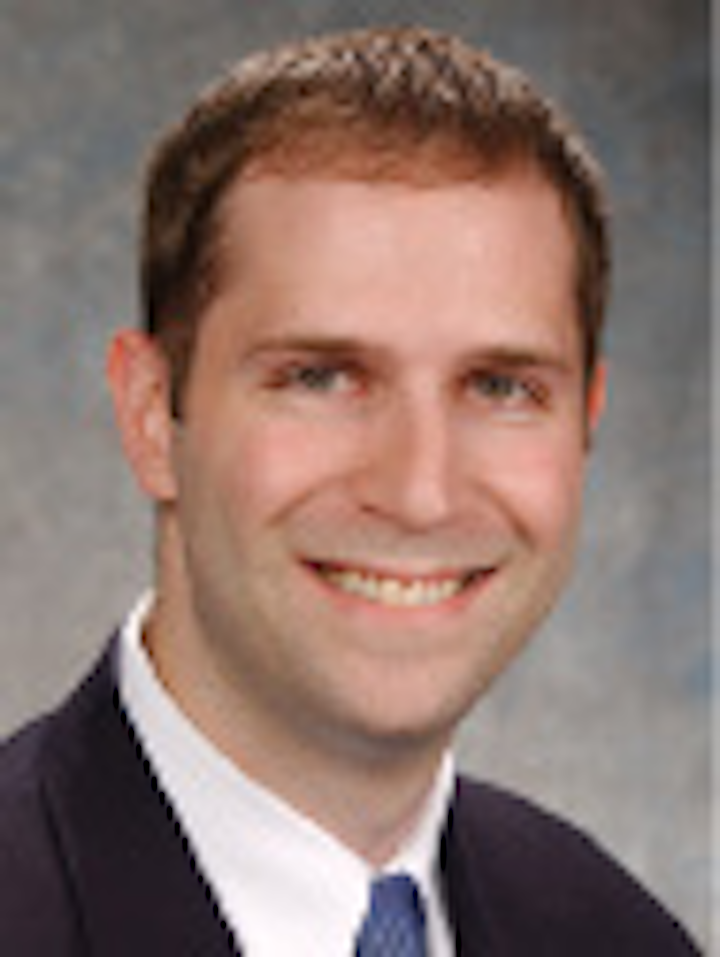 The offshore oil and gas industry is finally in position for investment growth after a protracted stretch of cost-compression and consolidation. New research by Rystad Energy (page 22) suggests that 2018 will be the turning point, and the growth cycle will begin in 2019. In the long term, Rystad forecasts that by 2025 global offshore greenfield capital expenditure will have fully recovered and surpassed the 2014 level of investments.

The trend in offshore FIDs has been moving in the right direction, driven by confidence in oil-price stability and improving economics that favor select greenfields with smaller facilities and fewer wells, brownfield developments, and subsea tiebacks. A 75% increase in sanctioning activity was seen in 2017 versus the previous year, and total 2018 approvals are expected to double year-over-year, according to Rystad.

In this year, the research and consulting firm expects the approval of an estimated 16.4 Bboe of reserves. About 40% of these volumes are in Saudi Arabia, Brazil, Norway, and Iran. The total estimated investments for these offshore projects may require $170 billion through 2025, and include 63 fixed platforms, 37 subsea tiebacks, and 17 floating units. 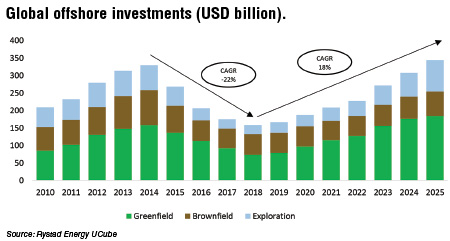 Looking ahead, Rystad has identified select large-scale projects in the key offshore regions that likely will reach FID in the coming years. The projects, in the US Gulf of Mexico, North Sea, and Brazil, range from 171 to 1,237 MMbbl and have breakevens from $27.8 to $68/bbl.

Despite the positive outlook, new development concepts are needed to help increase the number of offshore fields that are considered economically viable. One example is a new spar-based concept (page 32) for reservoirs with less than 200 MMbbl of recoverable reserves. A consortium launched the concept in 2017 as an option for mid-size reservoirs in the deepwater GoM.

The development plan would consider existing yard capabilities and off-the-shelf equipment to streamline operations. The consortium claims that this and other efficiencies would enable platform delivery in less than 24 months after project award.

Another example of innovation that could improve the economic feasibility of offshore development is Premier Oil’s “integrated intelligent operations” approach (page 35). The operator is applying the principles to improve the business case for its Sea Lion project in the Falkland Islands.

Meanwhile, new research from IPA (page 20) confirms that the industry’s short-term production remains at about 70% attainment. Moreover, projects, on average, do not meet production plans for as long as 10 years after startup. Hopefully these findings will stimulate new ideas.

With the next investment cycle in view, it is the pace of innovation and the desire to change that will help sustain the momentum.

To respond to articles in Offshore, or to offer articles for publication, contact the editor by email (davidp@pennwell.com).