BG Group has reported an increase in total recoverable resources for the Mzia discovery and across blocks 1, 3, and 4 offshore southern Tanzania. 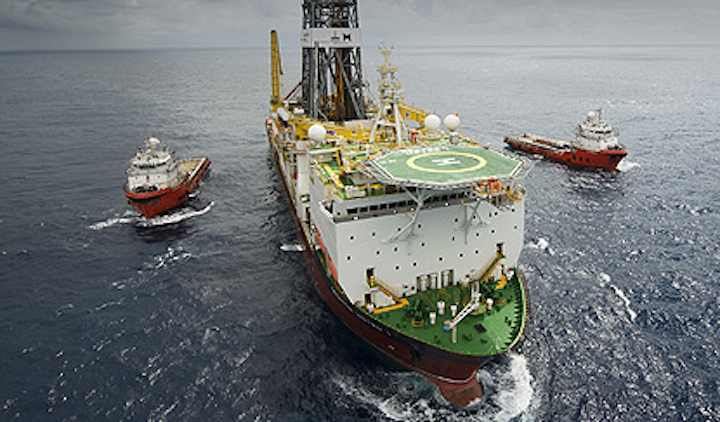 LONDON – BG Group has reported an increase in total recoverable resources for the Mzia discovery and across blocks 1, 3, and 4 offshore southern Tanzania.

TheMzia-3 appraisal well, drilled 6 km (4 mi) north of the original Mzia-1 discovery in 1,780 m (5,840 ft) of water, has been cored and logged. Results confirm that the reservoir sands are extensive and of similar quality to those in Mzia-1 and Mzia-2. In addition, the gas-down-to level proven in Mzia-3 is around 100 m (328 ft) deeper than that of Mzia-2.

Further north, detailed analysis of the block 4 discoveries Chewa, Ngisi, and Pweza, which were also appraised and tested in the campaign, was positive, with total gross recoverable resources in the block now estimated around 5 tcf.

This means that an extensive exploration andappraisal campaign of 14 wells started in 2010 offshore Tanzania has had a 100% success rate with nine consecutive discoveries and five appraisal wells, three of which included drillstem tests showing high flow rates.

BG Group as operator has a 60% interest in blocks 1, 3, and 4 offshore Tanzania, with Ophir Energy holding 40%.