Apache Corp. and Total have discovered what could be a substantial oilfield in block 58 offshore Suriname. 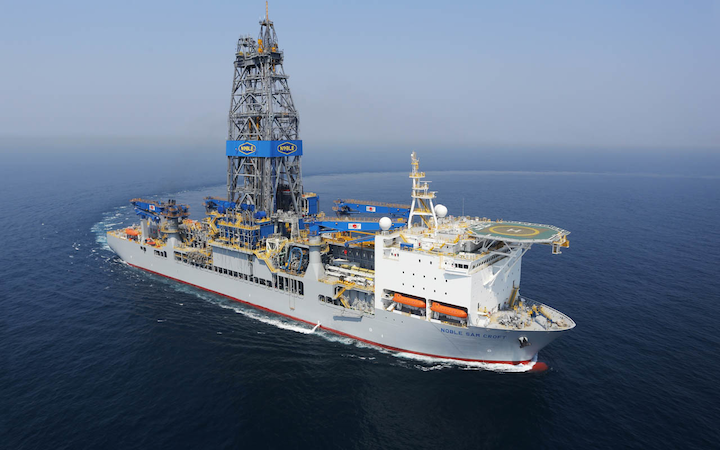 HOUSTON – Apache Corp. and Total have discovered what could be a substantial oilfield in block 58 offshore Suriname.

Deeper down, the Santonian interval contained 73 m (240 ft) of net oil-bearing reservoir with oil gravities between 35 and 45°.

The well also targeted a third interval, the Turonian, in a geological analogue to oil discoveries offshore West Africa. But before reaching this interval, the well encountered significantly over-pressured, oil-bearing reservoirs in the lower Santonian, so drilling was halted at around 6,300 m (20,670 ft).

These pressures are a positive indicator for the Turonian, Apache added, and future drilling will test this interval. 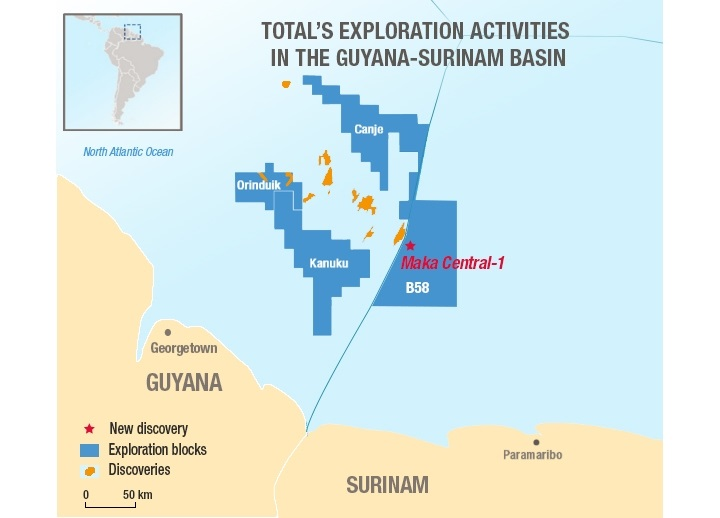 CEO and President John J. Christmann said: “The well proves a working hydrocarbon system in the first two play types within block 58 and confirms our geologic model with oil and condensate in shallower zones and oil in deeper zones.

“Block 58 comprises 1.4 million acres [5,665 sq km] and offers significant potential beyond the discovery at Maka Central. We have identified at least seven distinct play types and more than 50 prospects within the thermally mature play fairway.”