Equinor’s Echino South oil and gas discovery in the North Sea has lifted the total of new resources proven offshore Norway this year to 520 MMboe, according to Rystad Energy. 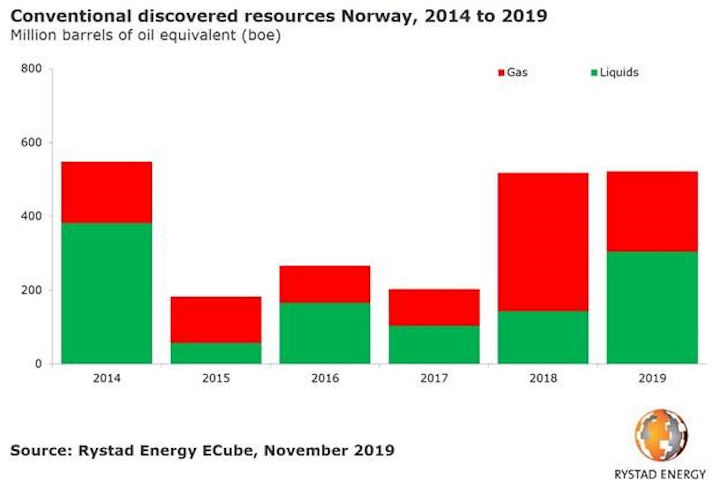 OSLO, Norway – Equinor’s Echino South oil and gas discovery in the North Sea has lifted the total of new resources proven offshore Norway this year to 520 MMboe, according to Rystad Energy.

Senior analyst Palzor Shenga foresaw potential for wells in progress to add a further 130 MMboe by year-end, which would make this the most successful year for drilling across the sector since 2014.

Rystad has identified Aker BP as the most successful driller so far in 2019, with 41% of discovered volumes, followed by Equinor with 23% and Lundin, Vår Energi, and Wellesley Petroleum, each with 4%.

“While the Barents Sea has been Norway’s most successful area in the past seven years in terms of total volumes discovered,” Shenga said, “the number of discoveries and the volumes found prove that the mature parts of the Norwegian continental shelf still have a lot to offer.

“The proximity of these discoveries to existing infrastructure makes them lucrative.”