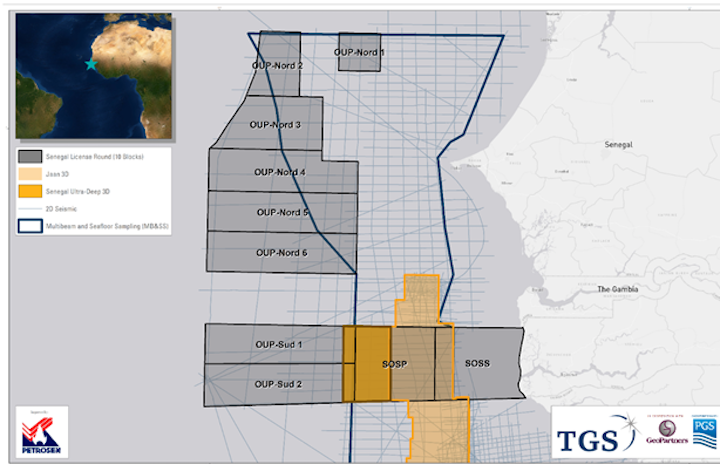 The round, which will remain until end-July 2020, will comprise 10 offshore exploration blocks, mostly in ultra-deepwater.

TGS is supporting the licensing round with 2D and 3D seismic, multi-beam and seafloor sampling data from across the basin.

The MSGBC basin hosts various recent oil and gas discoveries across numerous play types, both on and off the carbonate shelf.

All are offshore Senegal, within ~100 km (62 mi) of the Dakar peninsula, with much of the area still to be explored.

According to TGS, two new wells are to spud in 2020 offshore Guinea-Bissau and the AGC to the south.

The Wolverine-1 well, operated by CNOOC, and another on the Atum or Anchova prospects (Svenska/FAR) will both target shelf edge plays.