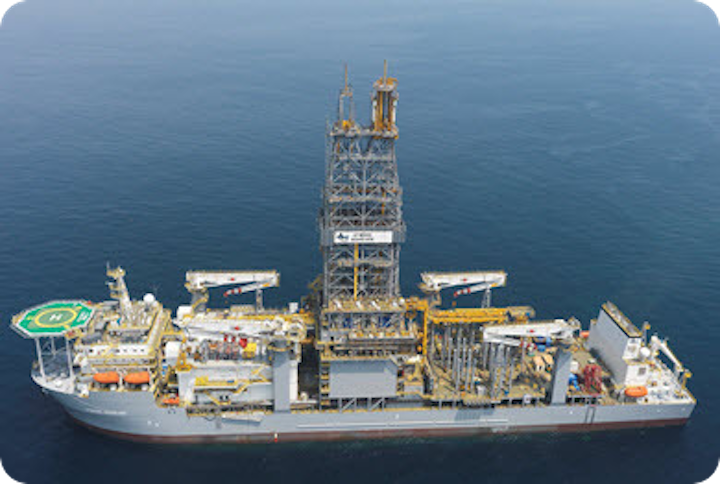 After completing operations on the Yakaar-1 well, theAtwood Achiever will mobilize to the Tortue-1 well to conduct a drillstem test on the Tortue discovery, enabling the commencement of front-end engineering and design in the second half of 2017, final investment decision in 2018, and first gas in 2021.

Yakaar-1 is the first well in a series of four independent tests of the basin floor fan fairways, outboard of the proven slope channel trend opened with the Tortue-1 discovery.

Kosmos has now drilled six consecutive successful exploration and appraisal wells in this fairway with a 100% success rate.

The Yakaar discovery, coupled with theTeranga discovery, creates the foundation for a further LNG hub in the basin, according to both companies.

Kosmos Chairman and CEO Andrew G. Inglis said: “The result also confirms our view of the potential scale of the petroleum systemoffshore Mauritania and Senegal, in particular the basin floor fan systems which have now been further de-risked, with the well demonstrating that reservoir and trap both work in these previously untested fairways.”