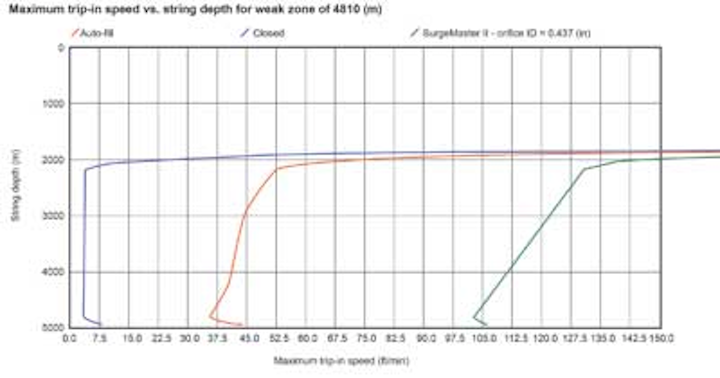 Deepwater well construction can present myriad significant and costly operational challenges in the form of narrow pressure windows, unstable formations, mud loss, and formation damage. These hazards make it challenging to get the casing/liner to total depth (TD) while maintaining control of the well. 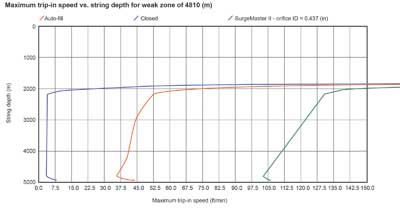 The operator of an ultra-deepwater asset – at a water depth of more than 6,000 ft (around 1,800 m) – in the Black Sea required a primary and contingency integrated well construction solution that would help maintain operational control.

The contingency solution would require 450 ft of "solid" expandable monobore liner extension that would run below the 135⁄8-in. casing shoe to isolate a potential loss zone before running the 11¾-in. liner. Both solutions would need to be stabbed, tested and ready to run when required. The need for two integrated solutions at the same time presented extremely challenging logistics and delivery issues.

The operator expected to encounter weak formations, which could lead to wellbore collapse or lost-circulation problems, at an additional cost of US $1 million on the well. Therefore, the client required a primary service that included auto-fill float equipment, surge reduction tools, casing accessories, and liner hangers suitable for the well, deployed from the 18-in. casing at the top of hole down to the final 135⁄8-in. casing size at TD.

Weatherford has provided auto-fill equipment and surge-reduction tools to other Black Sea assets facing similar weak formation concerns. While this equipment was traditionally offered as discrete services, the company proposed an integrated, all-in-one deepwater system. This system provides casing/liner running and cementing products that work together to reduce or eliminate surge pressure on the formation during run-in, while allowing pipe to be safely run at higher speeds.

Selecting the proper combination began with pre-well planning in which company engineers worked with the operator's drilling and completions teams to determine the optimal system. This planning also helped identify specific wellbore integrity concerns and lost circulation risks, and provided guidance on the range of safe running speeds for the casing.

A series of simulations were conducted using hydraulic casing-running modeling software. The simulation required details of the well, drilling equipment, and fluids to be used, including existing wellbore geometry, the presence and location of restrictions such as supplemental hangers and landing string geometries and diameters. Fluid properties such as mud weight, density, and viscosity were also important. Any time there was a change to the planned operation, the company's engineers ran the simulation again to ensure that the most accurate and up-to-date model was available.

The simulations suggested a customized configuration for this well consisting of several tools working in tandem. A large-bore auto-fill collar containing surge-reducing, debris-tolerant valves and high fill rates would be incorporated to protect against formation damage and mud losses, while allowing for higher running speeds. This was complimented by the Surge Master II multiple-opening diverter tool, the only diverter that can automatically open and close to reduce surge pressure and mud losses without ball-drop activation. The diverter tool also helps ensure well control, as its diverted ports are normally closed when the pipe is not moving and automatically open when the string is run into the wellbore.

On the formation front, if the auto-fill collar were deployed alone, then drilling mud would enter the liner and flow through the landing string to the rig floor. In a deep subsea well (the operator of this well was deploying more than 15,000 ft of drill pipe), a large pressure drop is required to move the fluid from the wellbore up through either of two flow paths: through the small annular clearances between previous casing strings to the surface; or through the casing liner, into the small diameter drill pipe landing string, and then to the surface. This large pressured drop is also reported to the formation; thus, the pressure in the tight annular space between the casing and liner increases surge pressure on the formation.

But if the diverter tool is present, its orifice port opens to divert the flow of drilling mud through the liner and lower portion of the landing string into the annular space above the liner running tool. This reduces pressure on the formation, thus improving wellbore integrity; and reduces fluid losses to the formation.

The diverter tool not only helps improve formation integrity, but also improves running speeds. Simulation models were run to compare the maximum running speed in this formation using close-ended pipe in a conventional float scenario, the auto-fill collar alone and the auto-fill with the diverter tool. From 0 to about 6,000 ft (1,800 m) depth, the liner can be run as fast as possible with any of the deployment options, with no concern of damaging the formation.

From 6,000 to 10,000 ft (1,800 to 3,048 m), liner is still being run downhole and three running options exist but the options of autofill only and autofill/diverter tool overlay each other. These two options are identical at this point, because the diverter tool is not made up into the running string until it reaches a total depth of approximately 10,000 ft. The conventional option would require a maximum running speed of approximately 3.3 ft/min (1.0 m/min), which would call for several days of rig time -- an expensive option.

The auto-fill only and the auto-fill/diverter options allow the string to run at a trip-in speed of up to 120 ft/min (36.5 m/min) in this 6,000 to 10,000 ft range. While this is much too high for typical operations (most operations would consider 60-90 ft/min, or 18 to 27 m/min) as the absolute maximum running speed), it nonetheless suggests that the combined system can deliver much higher trip-in speeds than conventional closed-pipe.

Beyond 10,000 ft (3,048 m), the liner hanger is made up and the drill pipe landing string is used to lower the liner to total depth. The simulation suggested that the conventional option would again require very low running speeds.

If the auto-fill was used alone, the trip-in speed would start high but would have to be gradually decreased at greater depths to avoid formation damage. The final speed of approximately 30 ft/min (9.1 m/min) is a reasonable rate, but the operator would have most likely have run closer to 20 ft/min (6.1 m/min) for additional assurance.

The simulation suggests that the auto-fill/diverter tool option would allow running speeds of 100 ft/min (30 m/min) or higher without compromising well integrity. Thus, the operator decided to run this combination, but at a maximum running speed of 42 ft/min (13 m/min) – much lower than the suggested maximum but still high enough for the operator to meet their goal of reduced rig time.

Based on the SurgeMOD simulations, the company's engineers deployed several other tools as part of this configuration. This included a premium hydraulic rotatable liner hanger and integral top packer, run in conjunction with a hydraulic-release and mechanical-lock heavy duty running tool and floating junk bonnet (FJB). The liner hanger system prevents debris packing off around the tool until the FJB has been released and ensures optimal performance of the running tool. The running tool's hydraulic lock allows it to be rotated to bottom in tension and compression without the risk of premature release.

The system also incorporated a filter shoe with a unique shoe track design that allowed mud to flow freely through the very large flow area while trapping and filtering wellbore debris.

The shoe may save on circulating time, as there is less concern regarding cleaning debris out of the fluid; it will be trapped within the filter shoe where it cannot damage or plug other parts of the system. The shoe ensures the reliability of the subsurface release (SSR) dual-plug system, auto-fill float equipment, diverter tool, and liner hanger.

To maintain centralization of the liner in the open hole, a standard centralizer could not be deployed due to the tight tolerance of the liner. Therefore, the company selected rotating centralizer subs, which provided centralization in under-reamed open hole. The rotating subs are designed such that the bows recess completely into the body to pass through the tight tolerance area of the previous casing string, but expand once open hole is reached.

For the cement job, a remote-control, top-drive cementing head (RC-TDH) was selected. The RC-TDH allows remote-control release of the ball and darts from a console on the rig floor, eliminating the need for personnel to operate the cement head from a riding belt and significantly improving personal safety. The system also enhances cementing quality and saves rig time, as the RC-TDH can be activated without the need for breaking connections or shutting down cement pumps.

The combined auto-fill/diverter tool deployment offering enabled the operator to reach TD and run the liner at a rate of up to 42 ft/min (13 m/min), a significant improvement over the typical running speed of 3 ft/min (0.9 m/min). Minimal mud losses were observed, far lower than thousands of barrels of fluid loss that is common with conventional close-ended pipe runs. The diverter tool enabled the operator to maintain a clean rig floor at all times.

The operator converted the auto-fill collar, set the liner hanger without incident at 15,091 ft (4,600 m), and performed a seamless cement job by releasing the SSR plugs and darts from the RC-TDH. The packer was then set and successfully tested to 2,000 psi (13,789 kPa) per operator requirements.

This integrated service delivered on its promise of reducing rig time. From the moment the shoe was made up to the time the cement job was complete and the running tool began coming out of the hole, total rig time was about 24 hours. This shaved days off the running operation using close-ended pipe, and saved the operator potentially several millions of dollars.