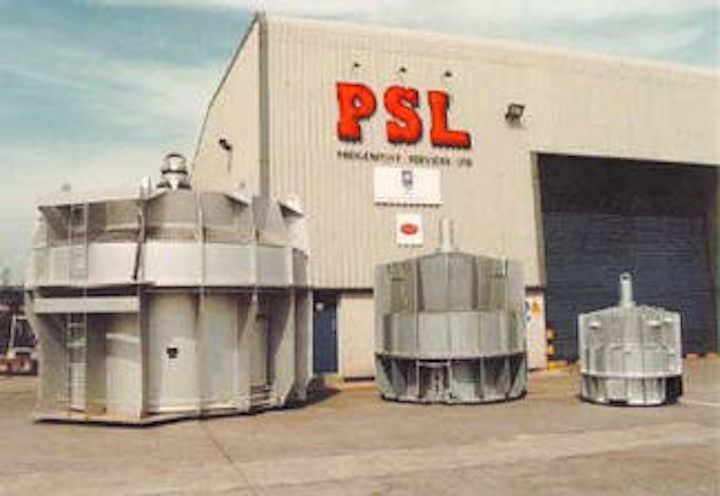 In recent years, several companies have dropped multi-million dollar items of equipment, such as blowout preventer (BOP) stacks, in deepwater. PSL Group has aided in the recovery of many dropped objects in the past several years, including the following:

By its very nature, the loss of a piece of equipment in deepwater is an unplanned event. The speed with which an effective recovery plan is put in place can have significant financial implications through loss of rig day-rates and future contracted work.

Failure to recover the lost equipment can leave a rig or vessel out of commission for lengthy periods while equipment is replaced. This article shares lessons learned from successful experiences, addresses key planning issues, and cites the unique value of a device known as the JetProp for such heavy object recover. - The JetProp has sometimes spent more time providing visibility for ROV support operations on a recovery project than actually excavating.

From experience, immediately after a large piece of equipment has been dropped, there is great pressure to assemble recovery equipment rapidly and to make some operational progress. This may lead to decisions aimed at speeding initial progress, which can prove expensive in the longer term. The following areas will be worth considering carefully at the outset for all deepwater recovery projects:

PSL (through its subsidiary Underwater Excavation Ltd) operates a range of tools generally known as JetProp, which can excavate subsea pipelines, perform wellhead de-burial, pipeline and cable lowering, free-span rectification, drill-cuttings removal, as well as equipment recovery. The system is suited to equipment recovery operations in deepwater for four reasons:

The JetProp system is a robust and reliable tool. For deepwater recovery, the system is typically deployed on a drillstring, although for the crane block recovery project cited previously, it was deployed on coiled tubing from a diving support vessel.

The unit creates a large volume, low-pressure column of water moving vertically down to the excavation site at up to 6 meters/sec. The large diameter column of water fluidizes the seabed and carries it away. Excavation rates in excess of 100 cu meters/hour can be achieved. This can be valuable where excavation of more than 3,000 cu meters of seabed material to make a crater 17 meters deep is required, as was the case for the most recent BOP recovery.

A BOP stack can be as much as 14 meters tall, 4 meters square, and weigh more than 300 tons. Therefore, it is not surprising that, when dropped, it can be sometimes difficult to locate, even when connected to the riser. There are a number of reasons for this.

The piece of equipment may be buried a long way beneath the surface and may not have travelled vertically into the seabed. The depth of burial involved for the projects listed previously ranged from 7 meters up to 25 meters.

Despite the enormous impact, there will often be little sign of a crater, or more than one crater. Riser, cable, or other equipment that appears to lead toward the equipment may be doubled over one or more times in the seabed, or may not even remain attached to the equipment. Any crater, or the equipment itself, may be hidden by other debris. All these factors can lead to substantial doubt as to where the item of lost equipment actually is.

It is often necessary on recovery projects to remove debris obstructing the excavation. Judging when and how to remove obstructing debris can be a difficult process. Time spent early in the project planning for the removal of different types of debris will be important to ensure the correct tooling is available when required and efficient techniques are adopted.

A number of situations are likely to occur:

Debris may have to be removed that poses a threat to ROV operations, or may limit ROV movements, such as sharp severed metal edges, control cables, wires or ropes that could be drawn into a thruster, or sections of riser sticking up out of the seabed.

All ROV cutting operations tend to be relatively time consuming, so ensuring the best selection of tools are available will be important. A common problem experienced where ROV cutting operations have been required, is that visibility can be lost where the cutting is being carried out in a crater or on the seabed.

The JetProp has sometimes spent more time providing visibility for ROV support operations on a recovery project than actually excavating. To provide visibility, the JetProp is raised 30 meters or more from the seabed and run at very low power to induce a gentle column of clean water into the work area. It isn't always perfect ,but it does provide an ROV with adequate visibility to work, where otherwise, the whole operation might be held up for hours or days waiting for visibility.

Some heavier debris can be removed using slings run in on the drillstring. Given that it may take three hours or more to run in, and the same time again running out, it will be important to closely involve the ROV crew in developing techniques and procedures that offer the best chance of first time success.

In most of the recovery projects completed when using the JetProp equipment, locating the dropped piece of equipment has been the easier part of the project. Advancing to the point of pulling the equipment from the seabed tends to pose a range of additional challenges: