Mexico's rig renaissance gets under way

Mexico is one of the 10 largest oil producers in the world and the third-largest in the Western Hemisphere. 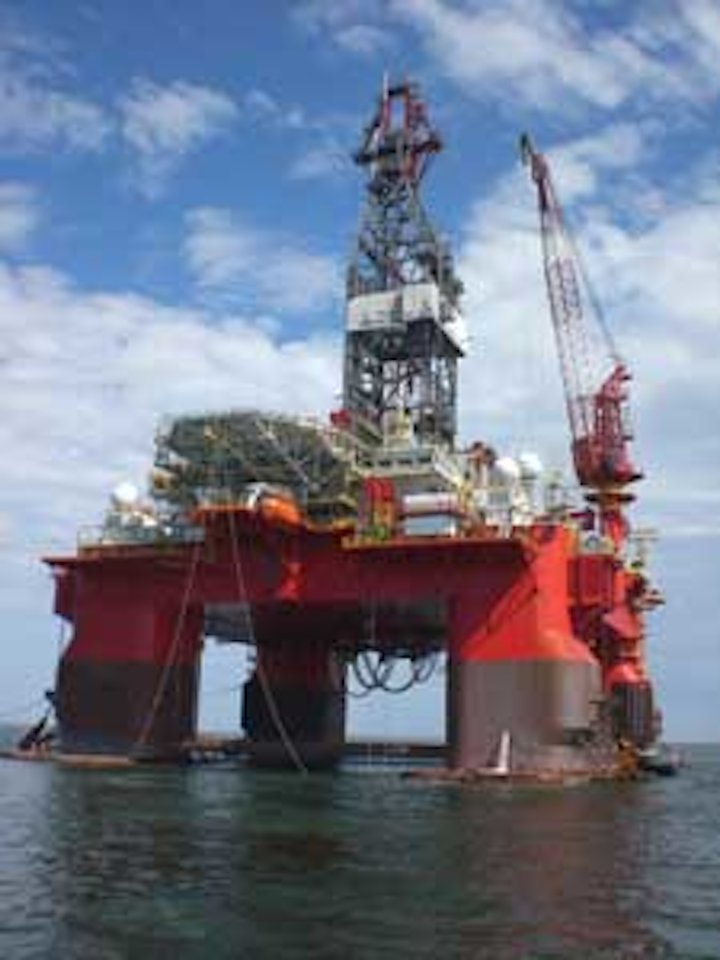 Mexico is one of the 10 largest oil producers in the world and the third-largest in the Western Hemisphere. While it remains a leader, Mexico faces declining domestic production. Nearly a decade ago, production began to decrease from the Bay of Campeche in the Gulf of Mexico. Reserve estimates in the country are high, but without increased investment, the country's huge resources will remain in the ground.

According to the US Energy Information Administration (EIA), approximately 1.9 MMb/d of oil is produced from the Bay of Campeche. More than half of Mexico's production comes from two offshore fields in the northeast portion of the bay. The Cantarell field, once the largest field in the world, was discovered in 1976 and came online in 1981. It comprises Akal, Nohoch, Chac, Kutz, and the newly discovered Sihil field. Ku-Maloob-Zaap (KMZ), now the Bay of Campeche's most prolific field, began with the Ku field discovery in 1980, the Maloob field discovery in 1984, and the Zaap field discovery in 1991. Production from Ku began in 1981. Today, the development covers 121 sq km (47 sq mi) and includes the Ku, Maloob, Zaap, Bacab, Lum, and Zazil-Ha fields. Additional GoM production comes from the Abkatun-Pol-Chuc and Litoral de Tabasco projects in the southwest sector of the bay offshore Tabasco state.

The Cantarell field, which hit peak production at 2.1 MMb/d in 2003, declined to 400,000 b/d in 2011, according to Mexico's Ministry of Energy. While production numbers have risen and leveled off in the last two years, there is no question that the field is in serious decline.

While Mexico expected offshore production to decrease over time, the rapid decline at Cantarell has produced a serious situation because no additional large development projects have started.

Average production was 2.96 MMboe/d in 2011, according to the EIA. Crude oil accounted for 2.55 MMb/d, or 86% of total production. The fact that oil production has been relatively stagnant since 2009 has created a dilemma because of how heavily the country relies on oil revenue. According to the EIA, the oil industry (including taxes and direct payments from Petróleos Mexicanos (PEMEX, the state oil company) accounted for 34% of the total government revenue in 2011. With consumption rising and production decreasing, Mexico is unable to sustain export levels. This could have a substantive impact on the country's growth. The need for oil has prompted increased investment in exploration activity with the goal to find, develop, and monetize additional reserves as fast as possible.

Even though the situation is critical, it is far from irreparable because Mexico has the potential resources to support a long-term recovery. The US Central Intelligence Agency estimates Mexico's proved oil reserves at 10.4 Bbbl. However, there is a technology gap that poses a serious obstacle, particularly for deepwater and shale gas development. While there is a firm understanding of the potential value of deepwater development and onshore shale gas production, the lack of domestic technical ability currently prevents Mexico from realizing its full potential. The upshot is that in the next few years production increases will come from mature fields, shallow-water, and onshore fields, which are easier to drill and produce.

The Mexican government has assessed the declining production and has developed plans to turn the numbers around. One component of the solution comes from the Ministry of Energy, which has implemented an energy strategy that targets three specific focus areas: energy security, economic efficiency, and environmental sustainability. The key objectives of the Ministry's national strategy are: restore reserves, reverse the decline of oil production, and maintain natural gas production.

The PEMEX Business Plan 2010-2024 calls for annual capital expenditures of $30 billion from 2010 through 2019. About $22.2 billion will go toward E&P, which is managed via PEMEX Exploration and Production (PEMEX E&P).

PEMEX E&P kicked off its program by identifying prospects. The program's exploratory strategy includes assessing the country's petroleum potential. A key component has been to accelerate exploration activity by investing in 15,000 to 20,000 sq km (5,792 to 7,722 sq mi) of seismic data annually to evaluate oil potential in the GoM. Seismic surveys have included wide azimuth, gravimetric, and magnetometric technology.

These surveys have identified new oil provinces such as the extra heavy oil Salina del Istmo Province (a continuation of the producing KMZ complex) in addition to onshore and shallow-water reserves. PEMEX E&P also has invested in drilling. The company recently drilled and completed 15 wells, of which nine were declared producers, yielding a success rate of 66% and adding more than 540 MMboe in probable reserves.

With domestic drilling picking up, additional assets are needed. Mexico anticipates a significant increase in drilling and production activity over the next 10 years, and recent rig orders reflect the growing need for more domestic units.

Oro Negro has a business plan that includes adding 10 rigs, most of which are jackups, although there are plans for three or four semisubmersibles as well. The Grupo R conglomerate, which currently operates three semisubmersibles, has ordered four jackups from Keppel FELS in Singapore. Perforadora Mexico has taken two jackups originally ordered by Prospector Offshore Drilling in the US. The rigs are being built in Dalian, China. Perforadora Central has another jackup scheduled for delivery in February 2014, which is under construction at AmFELS in Brownsville, Texas. EVYA has plans to add five jackups to its fleet. The company recently located two rigs in Dalian, China, and is in the process of securing another three to meet its acquisition goal. PEMEX plans to build a fleet of 12 jackup rigs in the near term and has indicated that by 2030, the anticipated rig count needs to range from a high of 40 jackup rigs to a low of 25 rigs.

The newbuild program is indicative of the amount of work shaping up in Mexico, but it could result in overbuilding. With the Mexican government's move toward allowing outside investors to work in Mexican waters, it is possible that the need for local rigs could drop as international oil companies move in. It is likely that these new players would employ drilling contractors with a known track record and those with which the operators have a work history. Regardless of how this scenario plays out, Mexico will be walking a tightrope balancing a growing domestic fleet against rig demand and rig utilization.

Activity in Mexico is on the rise and expanding E&P plans will continue to be a catalyst for newbuild and fleet expansion.

The first big steps toward identifying reserves and building a fleet capable of managing increased exploration activity are in progress, as is construction of the support vessels that will serve offshore operations. The next hurdle is the same one the rest of the oil and gas industry faces – finding skilled and experienced people to carry out the work.