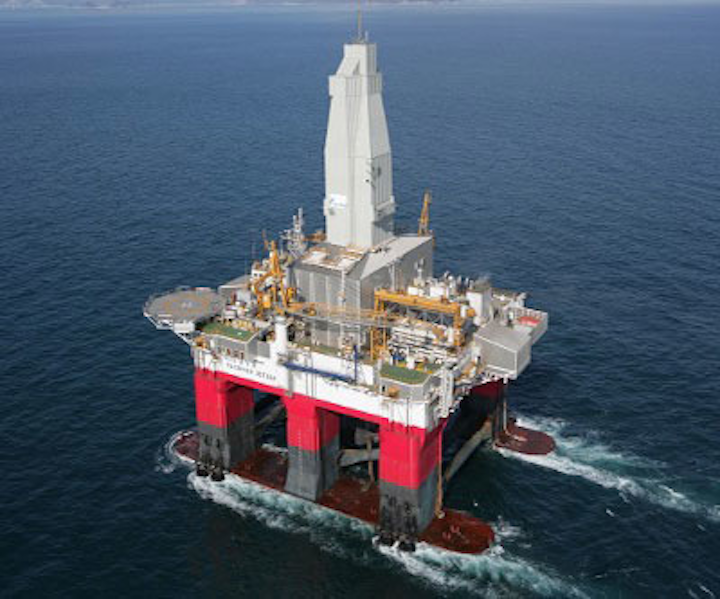 The manifold gathers the produced gas, which is then transported via a subsea pipeline to the onshore processing facility (OPF) in the Sakhalin region. Post-treatment, the gas is transferred through a 139-km (86-mi) gas pipeline to the main compressor station of the Sakhalin – Khabarovsk – Vladivostok gas transmission system.

OperatorGazprom says the subsea facilities are designed to produce hydrocarbons in severe climatic conditions, even under ice, with no platforms or other above-water facilities. To accommodate seismic activity in the region, the equipment is designed to withstand up to magnitude 9earthquakes.

Gazprom’s new semisubmersiblePolyarnaya Zvezda, built at Vyborg Shipyard in northwest Russia, is drilling the Kirinskoye wells. The rig is designed for operation in arctic conditions.

One production well is ready and six more are to be drilled. At peak, the field would deliver 5.5 bcm/yr (194 bcf/yr). Eventually the Kirinskoye OPF will also receive gas from other Sakhalin III fields, which have total estimated resources of 1.1 tcm (39 tcf).

Gazprom adds that its experience on this project will be used for developing other Russian offshore fields.