A/S Norske Shell has awarded OneSubsea, a Schlumberger company, a frame agreement for an EPCI contract for the Ormen Lange field in the Norwegian Sea. 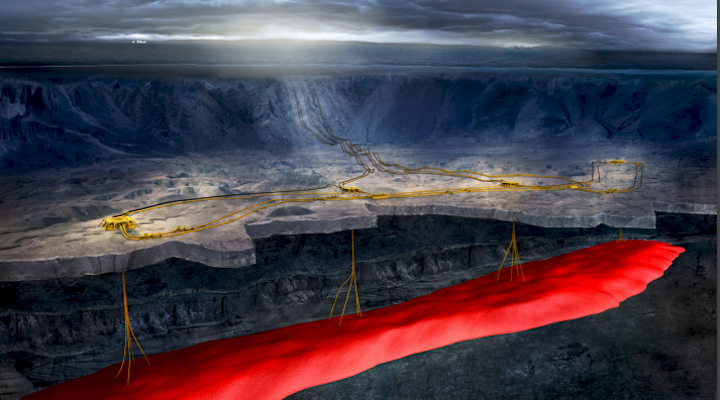 HORSØY, Norway – A/S Norske Shell has awarded OneSubsea, a Schlumberger company, a frame agreement for an EPCI contract for the Ormen Lange field in the Norwegian Sea.

Through the EPCI contract, OneSubsea and its Subsea Integration Alliance partner Subsea 7 will supply and install a subsea multi-phase compression system.

In the first phase of the project, OneSubsea will do the engineering and design of the complete system. Following the final investment decision by the license group, the complete scope of the EPCI will be executed.

The compression system will be powered and controlled from the Nyhamna onshore gas processing plant, which is 120 km (75 mi) from the subsea location. According to the company, this tieback distance is a world record for transmitting variable speed power from an onshore facility to equipment on the seabed.

The system will be installed in a water depth of 850 m (2,789 ft) and comprises two 16-MW subsea compression stations tied into existing manifolds and pipelines. This multi-phase compression system is said to be surge tolerant, does not require wellstream preprocessing, and adaptable to the varying conditions over the life of the field.

By lowering backpressure on the reservoir, this compression technology helps companies increase recovery and extend the life of their gas developments.