A waterway that some contend is as vital to the offshore as its more popularized overland counterpart received a major boost late last year with the long-awaited opening of a lock engineered to keep rig-bound cargo moving. 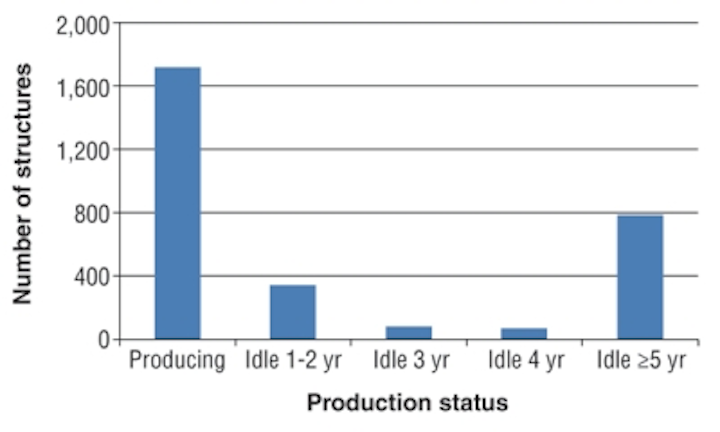 A waterway that some contend is as vital to the offshore as its more popularized overland counterpart received a major boost late last year with the long-awaited opening of a lock engineered to keep rig-bound cargo moving.

The November opening of the Lean Theriot Lock on widely traveled Bayou Lafourche is heralded as a high point for barge captains who often found themselves grounded, sometimes for days after a storm had passed over the southern coast of Louisiana. Before the opening of the lock, the area relied solely on the bayou’s network of floodgates. While effective in heading off flooding, the gates prevented vessels from transporting needed supplies and equipment offshore, says Windell Curole, general manager of the South Lafourche Levee District. The district’s primary responsibility is to maintain the ring levy flood prevention system. The district has been working to build the lock for the past 15 years.

Meanwhile, at press time the LA 1 Coalition was heading back to the drawing board after being denied a $300-million federal grant that would help fund the final 8.3-mi (13-km) segment of the new elevated LA 1 highway system. The so-called Transportation Investment Generating Economic Recovery (TIGER) grant would have been used to complete the elevated highway between Golden Meadow and Leeville, where it would tie into the elevated Tony Doucet Bridge that opened last July.

Coalition Executive Director Henri Boulet says the group knew up front that the competition it faced in getting a share of the total $1.5-billion the US Department of Transportation (DOT) is earmarking for highway and bridge projects, public transportation proposals and port projects would fierce.

“The LA 1 Coalition is disappointed by the fact our well-drafted and compelling TIGER grant application was not selected. In reviewing the list of projects that did receive funding, it is clear to me that a decision was made by the Department of Transportation to spread the money across the country versus focusing on large significant projects such as LA 1. We had hoped that the majority of funds would be directed to large-scale projects of national importance like ours. The Coalition’s work is far from over, and we are looking at additional funding opportunities being proposed by Congress in the coming months,” he says.

The remaining eight-mi (13-km) stretch remains the only unfunded portion of the highway that is engineered to keep cargo and production flowing in and out of the port during storms. This past July, the $161-million elevated toll way over Bayou Lafourche opened to replace the old and decrepit Leeville bridge that was considered the “weakest link” in the oft-flooded and badly damaged LA 1 highway. The old bridge has since been demolished.

Curole and the levee commission definitely have experience when it comes to acquiring funding. Since conceiving the idea for a lock in 1995, the commissioners of the South Lafourche Levee District had to face more than their share of frustration when it comes to funding. What’s more, the original price tag for the lock was $7 million, but the final bill came in at $25 million, Curole says, thanks in no small part to Hurricane Katrina in 2005 that sent construction costs soaring.

While no precise numbers are available, Chett Chiasson, executive director of the Greater Lafourche Port Commission, says “hundreds” of barges and other vessels traverse the bayou monthly, delivering equipment and supplies offshore. Ultimately constructed with a combination of state and federal funds, the uniquely engineered lock, which was fabricated in Morgan City, Louisiana, and floated into place, is designed to keep that traffic moving, which was not the case with the floodgates.

“The floodgates would be closed two days prior to a storm and after the storm passed a low-pressure system could remain over the area for a week. The gates would have to remain closed until all the threat of flooding had passed. We’ve had boats with millions of dollars worth of cargo trapped and unable to navigate the bayou for days after a storm had passed,” Curole says.

Days after its unveiling, the lock received its first big test when in late November Ida became the latest forming hurricane in history. The lock passed the test with flying colors, Curole says.

A matter of survival: The GEST story

No easy task: Getting there from here

To lend a different take to the theme song for the 1977 Burt Reynolds film, “Smokey and the Bandit,” it appears that, when it comes to the fortunes of the U.S. deepwater E&P industry that supports much of its activity, Port Fourchon, Louisiana, has a short way to go, but it is taking a long time to get there.
Mar 1st, 2011

It may come as a surprise, but for some Port Fourchon companies one of the hottest markets in the Gulf of Mexico these days has nothing to do with drilling or production. Quite the contrary, actually.
Mar 1st, 2010

Add a few hurricanes to the intrinsic nature of the deepwater and you have the ideal scenario for companies specializing in checking the integrity of topsides and downhole paraphernalia.
Mar 1st, 2010

When Hornbeck Offshore Services Inc. introduced its 370-ft (113-m) HOS Centerline last year, it not only gave the Gulf of Mexico the world’s largest support vessel, but also one designed to transport everything from drilling fluid to crude oil. With a more than 8,000-dwt (7,258-metric ton) capacity, the Centerline brings multi-purpose support vessels to an entirely new dimension. Not only is the triple-certified newbuild designed to transport supplies for drilling and production, it can be “flipped
Mar 1st, 2010

Yes, they have no bananas

Determined to corner the lucrative banana trade, Louisiana Gov. Jimmie Davis on July 7, 1960, put his signature to Act 222 that created the Greater Lafourche Port Commission, and with it, Port Fourchon.
Mar 1st, 2010

Emissaries of two prominent alliances in Lafourche Parish are trying to get the ear of Washington, but for entirely different reasons.
Mar 1st, 2009

No job shortage in Lafourche Parish

In stark contrast to much of the US, in Lafourche Parish “help wanted” signs are as prevalent as the bayou and shrimp boats.
Mar 1st, 2009

Port Fourchon thrives despite the economy

InterMoor has signed an agreement to lease space at its Fourchon location to Halo.
Apr 7th, 2008
Port Fourchon

An advance copy of a soon-to-be-published report on the economic impacts of a 21-day disruption of activity at Port Fourchon, Louisiana, on both the national and regional economies contains a number of findings judged by port officials to be ‘vital’ in their strategic importance.
Mar 1st, 2008