Membership of IRO, the association of Dutch suppliers to the oil and gas industry, now exceeds 340 companies, with 26 applicants joining over the past 12 months. 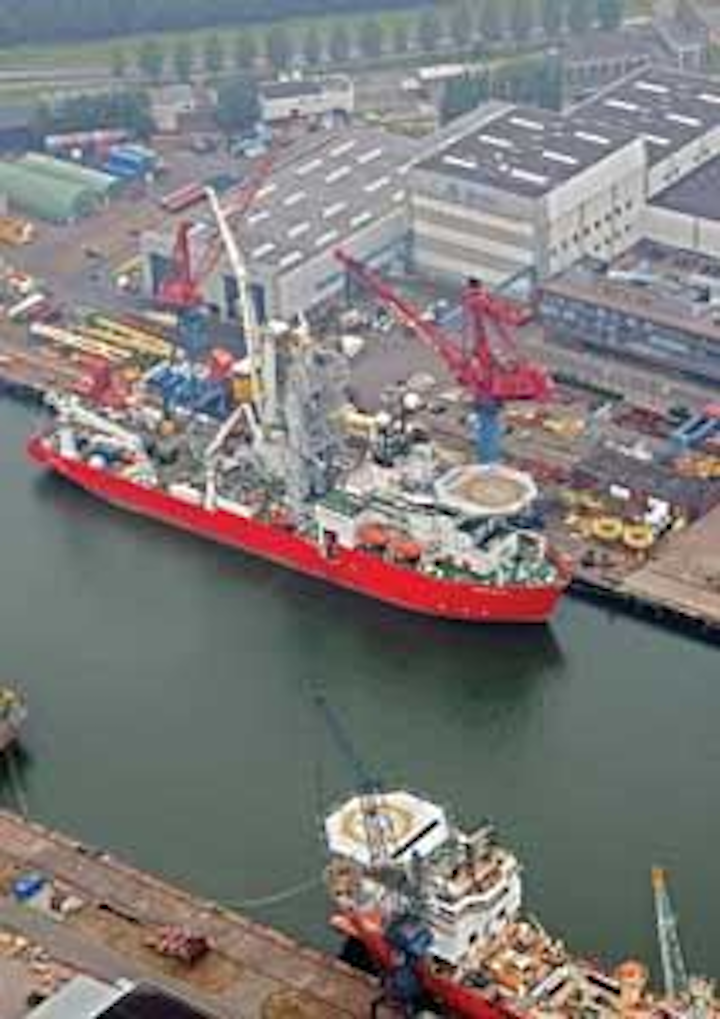 Membership of IRO, the association of Dutch suppliers to the oil and gas industry, now exceeds 340 companies, with 26 applicants joining over the past 12 months. More importantly, major players such as Heerema and Dockwise, Dutch utility Gasunie, and the University of Delft have re-joined the fold as full or associate members.

“The whole industry is booming, and it’s working in our favor,” says IRO Managing Director Hans de Boer. “IRO is increasingly active, and these companies feel they should be part of the game. Other new members include small or start-up operations. Whatever their size, all can see that there is a lot of business in oil and gas, and they should be joining the bandwagon.”

IRO promotes the interests of its members domestically via its dealings with the Dutch government, the oil and gas operators’ association, Nogepa, and the European Union. It also facilitates export opportunities in Europe and elsewhere via trade missions and representation at the major oil and gas events.

So far this year, IRO has taken groups of exhibitors to the Offshore Technology Conference (OTC), the World Petroleum Congress in Madrid, and Neftegaz in Moscow. After Offshore Northern Seas (ONS) this month, the next stop will be Adipec in Abu Dhabi in November 2009. In 2009, aside from the flagship events of OTC and Offshore Europe, there could be participation at Oil & Gas Asia (OGA) in Kuala Lumpur, PetroVietnam, and Iran Oil & Gas.

At ONS, IRO’s stand will occupy floor space of 622 sq m (6,695 sq ft), 30% up on 2006, with 27 Dutch companies represented. This is partly a response to the revival of activity throughout the North Sea, says de Boer, but also a growing interest among the members in Europe’s far northern/arctic potential.

At Neftegaz, IRO organized a trade mission and match-making program for the Dutch exhibitors with counterpart Russian contractors. IRO also has a cooperation with associations in the Netherlands such as Holland Marine Equipment, designed to foster trading links in Russia. This led to an offshore market study and an arctic offshore oil and gas seminar attended by 40 companies in May. And, in 2011, de Boer points out, the Arctic Engineering Conference OMAE will be staged in Rotterdam  the steering committee has requested IRO’s involvement.

Another region attracting growing interest is the Middle East. This January, IRO took 25 member companies to Saudi Arabia for meetings in Riyadh, Dammam, and Jubail with the Saudi Chamber of Commerce, Aramco, and the Saudi Royal Commission. The main purpose was introductions to potential local partners and agents. More companies will return with IRO in October on another mission led by the Dutch minister of economic affairs Van der Hoeven, with Qatar sharing the agenda.

IRO has formed numerous working groups to represent the members’ interests. One is the IRO Gas Group. At a speech at WPC in Madrid, Van der Hoeven described the Netherlands as “the natural gas hub in Europe.”

Aside from acting as a transit point for offshore gas supplies to the UK via the recently installed BBL pipeline, one LNG terminal is under construction in Rotterdam, and two more are planned in Rotterdam and Groningen in the north of the country. Also taking shape at a site near Rotterdam is Euroloop, operated by the NMI test institute. This, it is claimed, will be the world’s largest test complex for flow and volume measurements of natural gas and petroleum.

One of the main preoccupations of the IRO Personnel Services Group is furthering educational and vocational training for oil and gas technology. This year IRO has appointed a full-time specialist in employment and education who is working currently on a joint project with Nogepa. The aims include improving the industry’s image among young people, for instance through participation in career events organized by Dutch colleges and universities.

In April, IRO attended the second Maritime & Offshore Career event in Rotterdam, where 145 companies were represented. This drew 2,500 visitors, mainly students, from maritime and technical colleges. Another event will be staged next April.

The main focus of late for IRO’s Well Services Group has been safety. “We set up a working group jointly with Nogepa and IADC,” de Boer explains, “concerning procedures at the work site. Two years ago there was a serious gas explosion at a NAM onshore site, with two casualties. The group is investigating what measures could be taken to avoid such incidents re-occurring.”

In 2007, IRO commissioned a study from Ernst & Young into Rotterdam’s credentials as a center for the Dutch offshore industry. An updated report should be issued by end-2008 which will include a salary survey for engineering professionals in the area.

One of the conclusions last year was that the ports of IJmuiden and Den Helder to the north were better placed to serve projects in the Dutch North Sea. The industry’s perception of Rotterdam may also have taken a knock, he suggests, following the collapse of Norwegian company MPU. This left the hull for the MPU Heavy Lifter vessel stranded in Keppel Verolme’s dock.

Development activity in the Dutch sector is recovering, driven largely by foreign independents such as Canada’s Cirrus Energy. Fabricom in IJmuiden has built the platform for Cirrus’ M7-A gas project. The established major operators also are investing heavily in maintenance of their older facilities.

IRO remains in dialogue with the Economic Affairs Ministry, pressing for tax changes to stimulate new activity. “The new minister seems quite positive and understands our problems,” says de Boer. “I have talked with her about the need for new incentives  her main problem is to convince the Ministry of Finance, with taxation revenue at stake.”