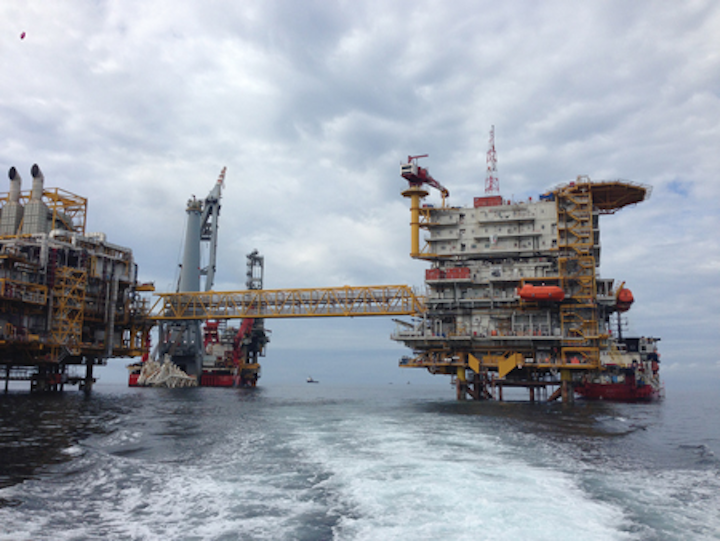 The level of local construction content was unprecedented for a quarters platform offshore Nigeria, and ECM and its partners Eiffel Nigeria and local architectural specialist OOPE. However, spreading the Ofon OFQ construction across different yards lengthened the offshore hookup program as it reduced the scope for commissioning onshore.

"For future projects we will look at the best, most economical solution," de Villepin said, "particularly with regard to the local content issue. It could mean a having a mix of prefabrication done both outside Nigeria and inside."

Elsewhere off West Africa, ECM has established Eiffage Congo, which has been undertaking various offshore contracts since last October with local partner Diane Construction & Engineering. These include structural and piping work for Total's Moho Bilondo expansion program, (under subcontracts from Technip and Total,) and structural work on the Nkossa wellhead barge to accommodate a new riser with Bouygues Energie. ECM's yard in Fos should shortly complete fabrication of two new separation and manifold modules, each weighing around 270 metric tons (364 tons), and a 300-metric ton (330-ton) interconnection structure for installation on the FPUAlima as part of an upgrade for the Moho Nord project. These will be delivered to contractor Ponticelli. In addition, Fos is building two skids for fiscal metering of oil and gas on the FPSO that Samsung is building for Total's deepwater Egina project offshore Nigeria. The oil skid weighs 130 metric tons (143 tons) and the gas skid 90 metric tons (99 tons). This is a new product line for ECM, which wants to expand activity in this area in the future. •