Steel cutting is under way for the hull of SBM Offshore’s first standardized Fast4Ward FPSO in Shanghai. 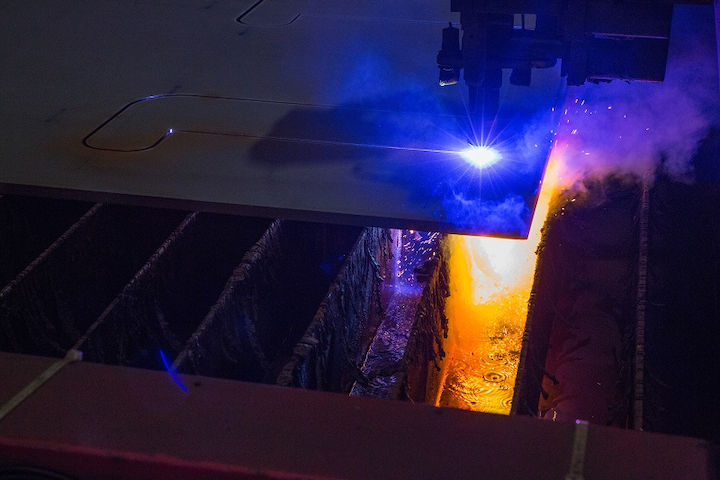 SHANGHAI, China – Steel cutting is under way for the hull of SBM Offshore’s first standardized Fast4Ward FPSO in Shanghai.

Last August the company committed to move forward with its Fast4Ward project on a speculative basis, contracting the first newbuild, multi-purpose hull from China Shipbuilding Trading Co. and the shipyard of Shanghai Waigaoqiao Shipbuilding and Offshore.

At OTC 2016, the company announced its new standardized FPSO concept Fast4Ward, naming the design of the FPSO ‘Generation 4.’

This solution is said to provide for lower cost, faster schedule with greater predictability in terms of deliverability. SBM also claimed it can enhance project Net Present Value (NPV) and ensure that offshore project economics are fulfilled.

The concept is said to speed delivery by up to 12 months, with improved quality and productivity, and a higher degree of safety.

The construction scope relates to the generic hull which, with standardized topsides, forms the basis of the Fast4Ward concept.