Heerema Marine Contractors has secured the first two offshore contracts for its new semisubmersible crane vessel Sleipnir, due to enter service in 2019. 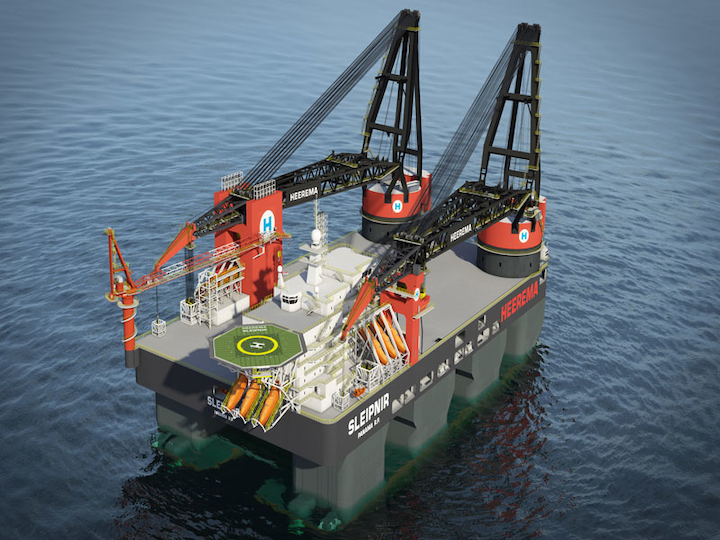 LEIDEN, the Netherlands – Heerema Marine Contractors has secured the first two offshore contracts for its new semisubmersible crane vessel Sleipnir, due to enter service in 2019.

One, from Noble Energy Mediterranean, involves transportation and installation of theLeviathan production platform in the Israeli sector of the Mediterranean Sea.

The other is a transportation and installation contract from Maersk Oil for new production and living quarters platforms as part of the operator’sTyra Future project in the Danish North Sea.

Sleipnir, under construction at Sembcorp Marine in Singapore, will be equipped with two 10,000-metric ton (11,023-ton) cranes.

For these initial jobs the vessel will perform multiple ultra-heavy lifts of more than 15,000 metric tons (16,534 tons). The vessel’s ability to install larger modules than is currently possible, with existing equipment, should help both clients minimize their offshore hook-up and commissioning activities.

Heerema will also deploy several of its own barges for transporting of the various platform components, such as itsH-591 used for the launch of a 15,000-metric ton jacket.