Pax, the second dual-fuel tug built in Europe, has been delivered to Norwegian owner Østensjø Rederi. 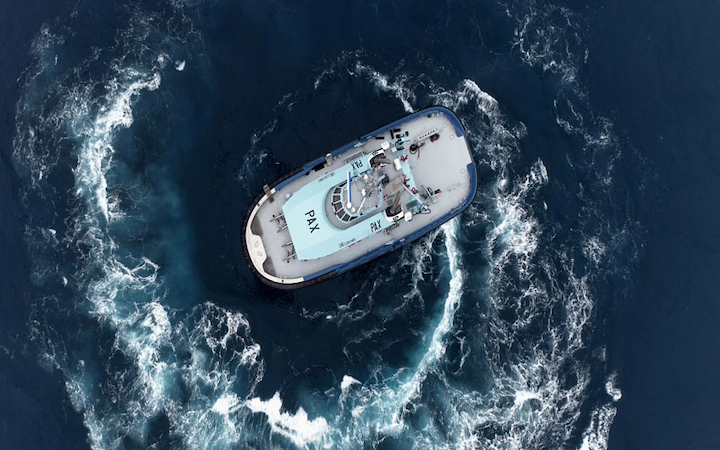 Spanish shipyardGondan delivered the first tug in May, with a further vessel to follow.

The latest escort tug, designed by Canadian company Robert Allan, is 40.2 m (132 ft) long and with a 16-m (52.5-ft) beam, and is designed to operate in severe weather. It will provide tug services toStatoil at the LNG terminal at Melkøya, northern Norway, which receives gas from the Snøhvit field in the Barents Sea.

According to Gondan, the vessel provides full operational availability at temperatures of -20°C (-4°F), using LNG in most of its operations, thereby complying with IMO Tier III emissions standards. It can also run on diesel power.

Pax has a free running speed of 15 knots and provides a 107-ton bollard pull and 167-ton steering force, both class approved by Bureau Veritas. It can accommodate a crew of eight, with low noise levels (45 dB) in the crew’s cabins.

The vessel should conduct around 300 LNG ship escorts annually, also assisting with berthing operations and maintained in readiness for emergency tasks such as long line towing, fire-fighting, and oil spill response.