PROMAR recorded a milestone with the sideways launch into the Danube of the first of two Damen PSV 3300s on order. 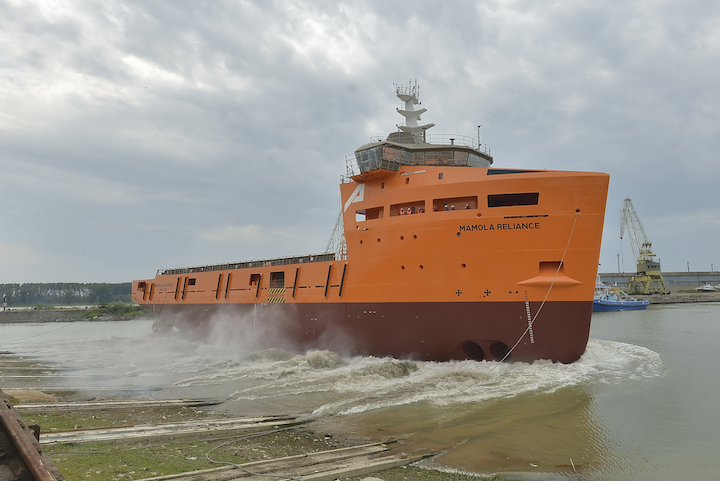 GORINCHEM, the Netherlands – PROMAR recorded a milestone with the sideways launch into the Danube of the first of two Damen PSV 3300s on order. On delivery in February 2015, PROMAR believes the 80-m (262-ft) Mamola Reliance will give the company a competitive edge in the West African oil and gas market.

On Sept. 4, Damen Shipyards Galati launched thePSV 3300Mamola Reliance at an official ceremony at the yard in Romania.