Sevan Marine is developing new applications for its cylindrical floater technology. To date, the Arendal, Norway-based contractor has designed and supplied floaters for use as FPSOs, drilling rigs and accommodation units. More recently, its focus has been on concepts for floating storage and offloading units; gas-handling operations such as FLNG and floating storage and regasification; and studies for power plants and carbon capture. 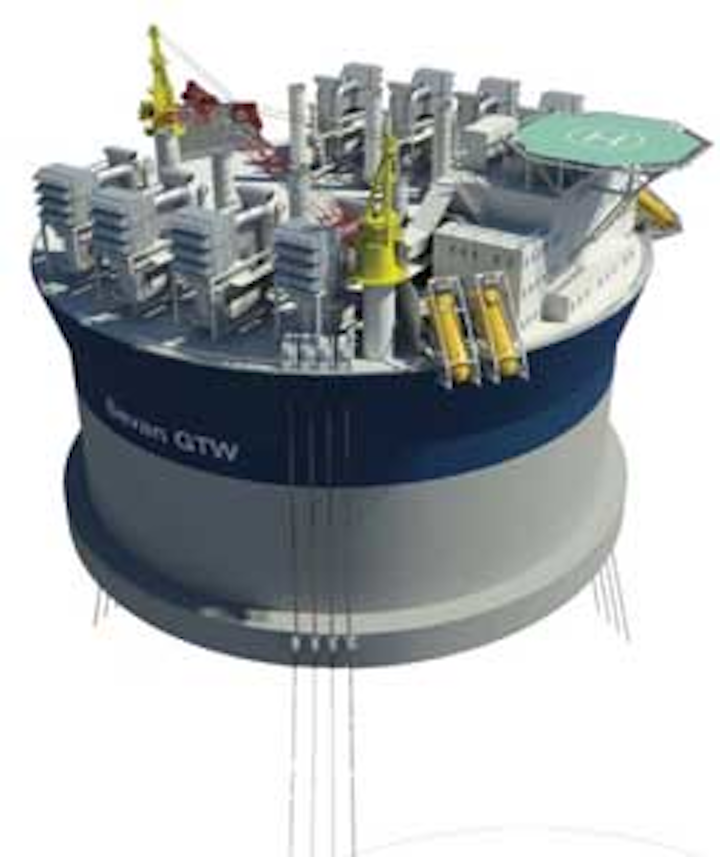 Sevan Marine is developing new applications for its cylindrical floater technology. To date, the Arendal, Norway-based contractor has designed and supplied floaters for use as FPSOs, drilling rigs and accommodation units: It delivered its first flotel to Teekay in February. More recently, its focus has been on concepts for floating storage and offloading units (FSO); gas-handling operations such as FLNG and floating storage and regasification (FSRU); and studies for power plants and carbon capture.

The company has now developed an offshore regasification/power generation concept intended that could meet Japan's energy needs in the post-Fukushima age, as the country seeks to switch out of nuclear power and replace it largely with imported gas and renewable energy.

Sevan delivered a presentation to Japanese utility companies in December, according to Chief Business Development Officer Fredrik Major. The proposal also met with interest in government circles – a representative of the Japanese energy ministry accompanied Major and his colleagues while they were in the country, and ministry representatives expressed their intention of promoting funding for a study of the concept.

While Japan has long been a large-scale importer of LNG, one particular advantage of floating regasification is that the operation can take place far from shore and is therefore safe from the risk of earthquakes and tsunamis, as well as being remote from inhabited areas. By adding a power plant, the need for an onshore gas terminal and electricity plant is also eliminated.

The floater that Sevan envisages for these operations is a mid-size unit, the same as its FLNG unit. Regasification requires less equipment than liquefaction, thereby freeing up space for the power plant. Sevan's process subsidiary KANFA Aragon would engineer the regasification facilities, while the company's partnership with Siemens would take care of the power generation. This would use Siemens' widely-sold SGT-800 combined-cycle industrial gas turbine.

The application would require two 350 MW blocks, each comprising five SGT-800 gas turbine generator sets, five heat recovery steam generators and one SST-900 steam turbine generator set. Generation efficiency is close to 55%. Siemens would also be responsible for design of the power transmission facilities. Power could be transferred ashore as either high-voltage AC or DC current. Sevan foresees a four-year period from front-end engineering and design (FEED) through construction and outfitting to delivery of a fully commissioned unit.

DNV GL has also been involved in the concept development, providing safety and risk evaluations and third-party verification as well as overseeing regulatory compliance.

Another potential application, also relevant to Japan, would be to use the floating power plant in combination with an offshore wind farm, acting as a swing producer to keep the amount of power supplied to shore constant in the face of fluctuating output from the wind farm. In this case the floater and the wind farm would share common transmission facilities. While LNG would be the obvious gas source in the case of Japan, elsewhere the floating power plant could be powered by gas from local sources. One example is Myanmar, which has its own gas reserves but a deficit in local energy generation.

Without the need for regasification equipment, it would be possible to install a carbon capture system on the floater to work in conjunction with the power plant. The feasibility of this concept, known as Sevan's GTW 700 post-combustion carbon-dioxide (CO2) capture plant, has been established in two studies by the SINTEF research institute in Trondheim, Norway. These showed that the facilities can be easily integrated with a natural gas-fired power plant on a Sevan floating structure. The process enables up to 90% CO2 capture, although it reduces the net efficiency of power generation to around 45%, or 570 MW. The captured CO2 is compressed to liquid form for injection into a subsurface storage reservoir.

Other benefits of the floating power plant are that the power rating can be adjusted in 70 MW steps, and thus closely tailored to the need at any time. As with any floater, the unit is mobile and can be easily relocated. Sevan envisages that a utility or group of utilities under a company license would own the unit – as is the case of the Goliat FPSO in the Norwegian Barents Sea, owned by Eni, and Dana's Western Isles FPSO east of Shetland in UK waters.

Sevan's technology, being geostationary, does not require turret mooring, unlike conventional ship-shape floaters. The turret system that allows a ship-shape FLNG unit to weathervane is a major cost element. In the case of Shell's Prelude offshore northern Australia, for example, the price tag for the 100-m (328-ft) high, 12,000-metric ton (13,228-ton) turret is thought to be $500 million or more. Moreover, importing gas through a swivel is a technically demanding and potentially hazardous operation, but this is not required in the case of the circular floater.