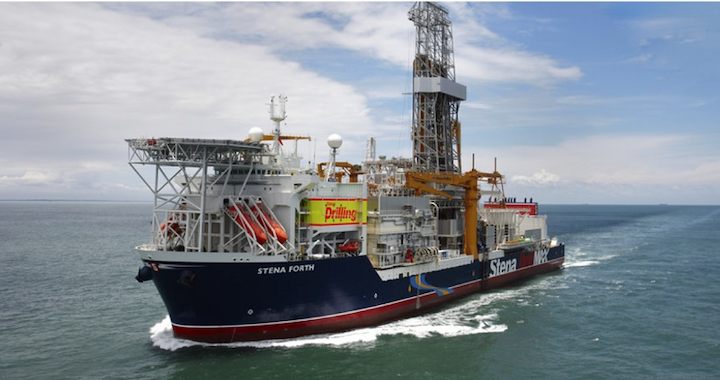 The drillshipStena Forth is due to start a three-well campaign (with extension options) in October. Having two deepwater rigs in service will allow Tullow to undertake drilling and completion activity in parallel, bringing forward tie-ins of new wells.

ThedrillshipMaersk Venturer, which began operations in March, later than planned, has to date drilled a production well in the Ntomme area of the TEN field and two producers at Jubilee.

The rig is now undergoing preparations for well completions, and the Ntomme well should come onstream in August 2018. It will then complete the two Jubilee producers and a previously drilled water injector on the field, while theStena Forth focuses initially on drilling new wells.

First-half output from Jubilee will likely be a little below expectations due to downtime caused by work on the gas compression system.

However, this activity has had the beneficial effect of raising the vessel’s gas compression capacity and as new wells come online, oil production should rise. The Jubilee FPSO has regularly delivered around 100,000 b/d from existing wells since the works were carried out.

TheFPSOKwame Nkrumah was shut down for two periods earlier this year in preparation for planned remediation work to stabilize the turret bearing, allowing the vessel to operate long term in spread-moored mode.

Toward the end of the year there will be a final shutdown to rotate the FPSO to its permanent heading and install the final spread mooring anchoring system.

At TEN, first-half production is set to average around 65,100 b/d. By year-end, with the first two Ntomme wells onstream, output should climb to around 80,000 b/d.

Gas from the TEN fields was supplied to the Ghana National Gas Co. to replace supplies from Jubilee during the FPSO shutdowns. Gas sales from TEN should begin in earnest in July.

In October 2016, Seadrill Ghana Operations filed claims againstTullow Ghana in the Commercial Court in London seeking a declaration that Tullow was not entitled to terminate a contract for the West Leo rig for force majeure.

Seadrill is seeking payment of $277 million from TGL, before interest and costs. The case was heard last month, and judgment is due to be handed down shortly. If Seadrill is successful in its claims, Tullow expects resulting liabilities to be shared amongst the TEN joint venture partners.

Kosmos Energy too is disputing, via arbitration against Tullow before the International Chamber of Commerce, its share of liability (around 20%) of costs related to the use of theWest Leo beyond Oct. 1, 2016.

In this case, the hearing took place in January and the tribunal’s decision is also expected shortly.

Off Mauritania, a 9,000-sq km (3,475-sq mi) 3D seismic survey is complete across block C-18. Interpretation of this and the block C-3 survey, recorded last year, is under way to identify future drilling candidates.