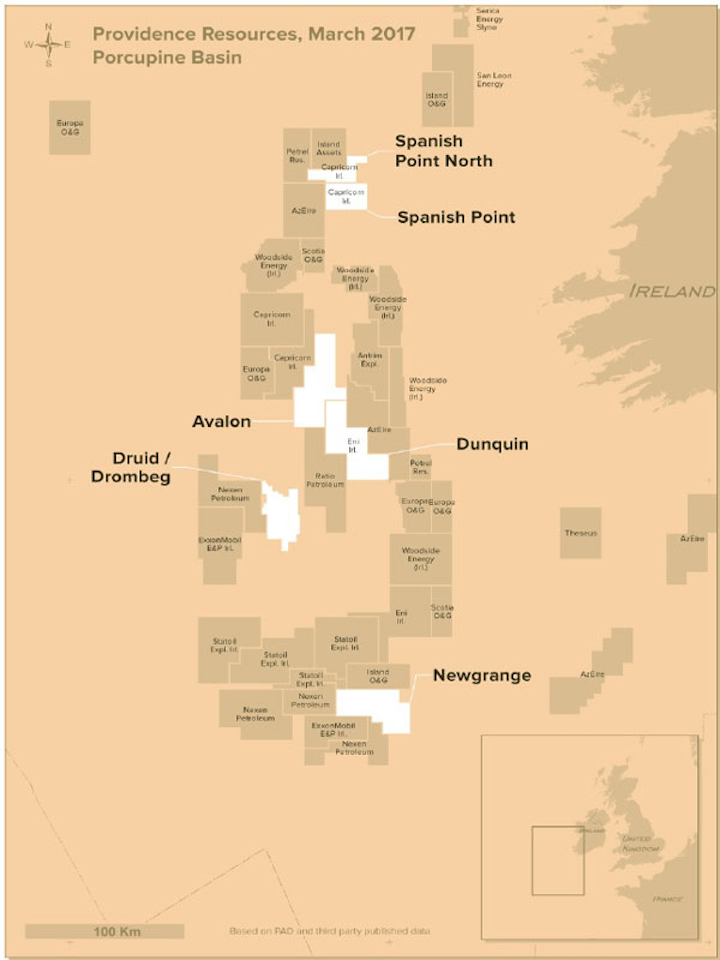 According to one of the partnersProvidence Resources, the concession contains the Dunquin North carbonate build-up drilled in 2013 by ExxonMobil, containing a residual oil column, and the undrilled Dunquin South prospect.

The Minister of State for the Department of Communications, Climate Action and Environment has authorized an extension of the license’s second phase to Nov. 14, 2019 and of the third and fourth phases to respectively the same day in 2021 and 2025.

However, this remains subject to completion of an agreed work program that includes the acquisition and processing of a minimum of 1,800 sq km (695 sq mi) of 3D seismic.

In April, the partners agreed to underwrite and license data from a recently started multi-client 3D survey over FEL 3/04.