The Irish government has extended Phase 1 of offshore frontier exploration licenses 2/13 and 3/13 in the Porcupine basin held by Europa Oil & Gas. 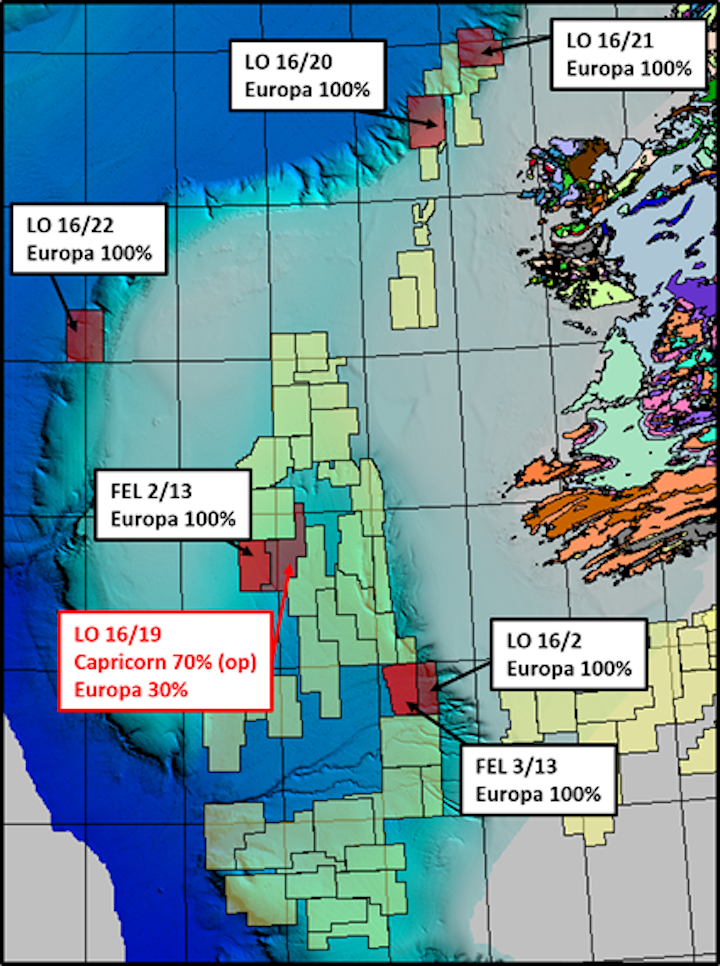 In addition, the government has approved Europa’s application to convert licensing option (LO) 16/2 to FEL 1/17. Execution of relevant documentation is under way. Europa has a 100% interest in all three licenses.

In all cases, the work programs will include pre-stack depth migration (PSDM) of 3D seismic data acquired in 2013. The goal is to mature existing prospects and leads, particularly in the pre-rift and syn-rift plays, to drill-ready status.

Additionally, Europa may seek to de-risk drill-ready prospects in the Cretaceous fan play. PSDM reprocessing over FEL 3/13 and FEL 1/17 has started, with all work funded by the company’s recent placing and open offer.

Gross mean un-risked prospective resources associated with these licenses are: