FAR has arranged a farm-in to acreage offshore The Gambia held by Erin Energy. 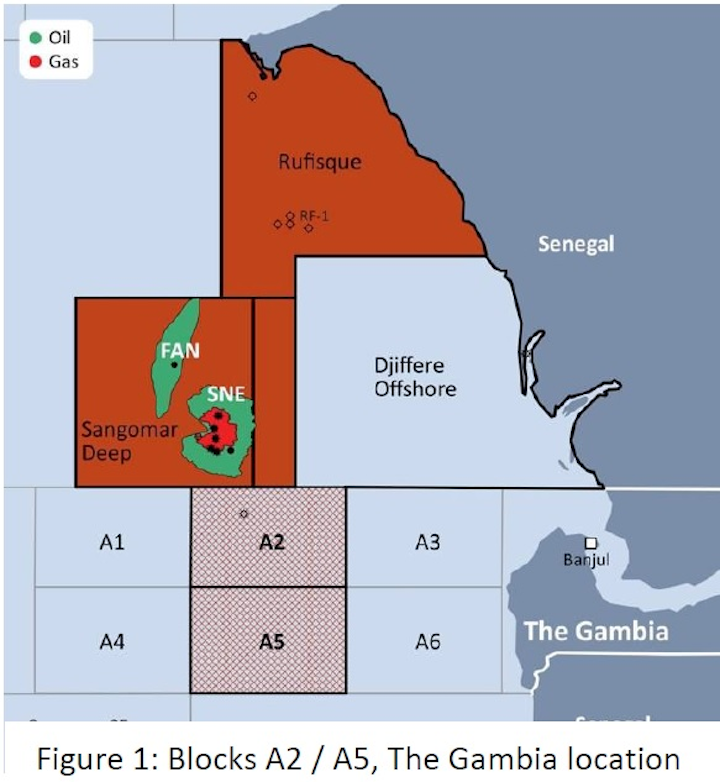 MELBOURNE, Australia – FAR has arranged a farm-in to acreage offshore The Gambia held by Erin Energy.

Meridian Minerals, a subsidiary of FAR, will take an 80% operated interest in blocks A2 and A5, subject to approval by the government of The Gambia.

In return, FAR will pay $5.18 million upfront and cover Erin’s costs for an exploration well likely to be drilled in late 2018 up to a cap of $8 million.

FAR estimates prospective resources across the blocks of more than 1 Bbbl of oil.

Based on 1,504 sq km (580 sq mi) of modern 3D seismic data acquired over the concessions the company has identified large prospects similar to the “shelf edge” plays it has been targeting off Senegal, with three potentially drillable prospects and leads.

The new partnership plans to undertake 3D seismic reprocessing and interpretation this year to mature prospects for drilling next year.