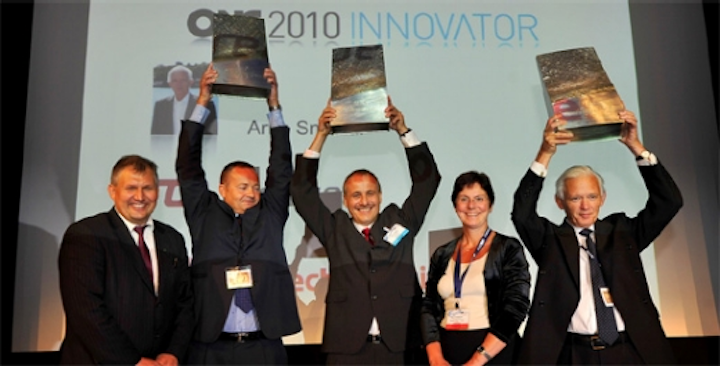 The ONS 2010 SME Innovation Award went to Reelwell for its research-based innovations and the Reelwell Drilling Method and Telemetry System. This innovation facilitates the cost-effective drilling of both exploration and production wells targeted beyond conventional reach, and offers major improvements in safety and environmental protection. The committee noted that Reelwell has worked continuously on these innovations for a number of years, initially as a one-man research-based company. ONS recognized that the company has now grown into a team with great ambitions following this year’s successful breakthrough into the market with its first commercial sale.

The ONS 2010 Innovation Award was presented to FMC Technologies for the development of its innovative well control system and its “Through Tubing Rotary Drilling – TTRD” technology. This well control system permits the drilling of a sidetrack through an existing production well. It has importance for increased production from subsea wells and for increased overall recovery. The committee recognized that the technology already is proven on the Norwegian shelf.

The third Special Innovation Award was presented to Arne Smedal, founder and board chair at Sevan Marine for his research-based work over many years. This special award is presented to an individual or organization for technical excellence and innovative capability. The committee recognized that Smedal has been instrumental in the development of two major innovations in the petroleum sector, including the APL loading buoy system and the Sevan Marine circular floater concept.

A total of 117 entries were evaluated by the ONS international Innovation Awards Committee.