FAR and partner Petronas will take a decision later this month on whether to enter the next license phase for blocks A2 and A5 offshore The Gambia. 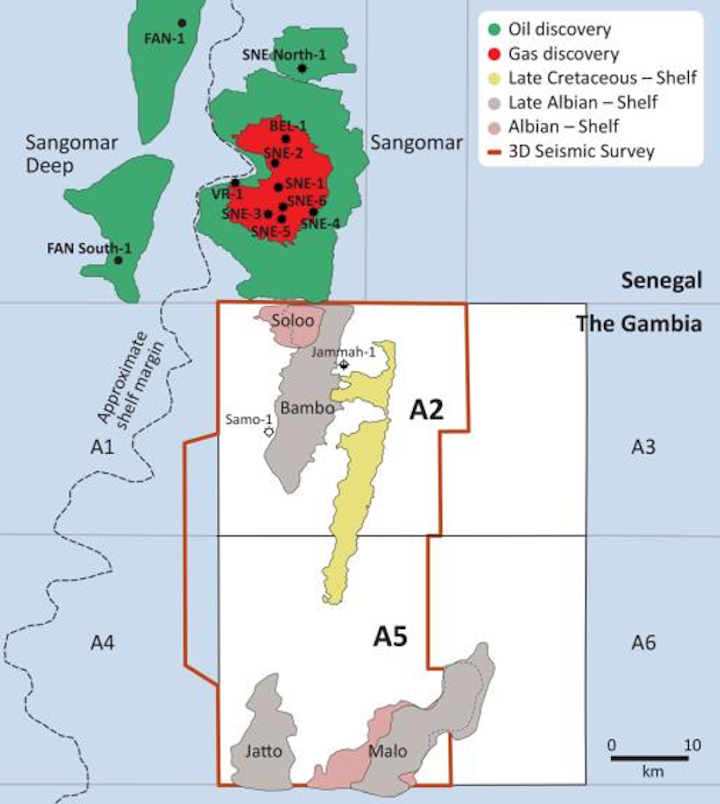 Blocks A2 and A5 offshore The Gambia

MELBOURNE, Australia – FAR and partner Petronas will take a decision later this month on whether to enter the next license phase for blocks A2 and A5 offshore The Gambia.

Results have confirmed that the blocks have access to an active hydrocarbon charge system, with high quality reservoir and seal facies.

Offshore Western Australia, FAR has a 100% in the WA-458-P in the oil-producing Dampier sub-basin.

The company’s geotechnical assessment has revealed various structural and structural-stratigraphic leads and prospects characterizing four independent play types that have proven successful in nearby discoveries.

FAR expects to receive final processed data from a new seismic survey over the permit later this year, and after completing its evaluation, intends to farm down its interest in the permit.