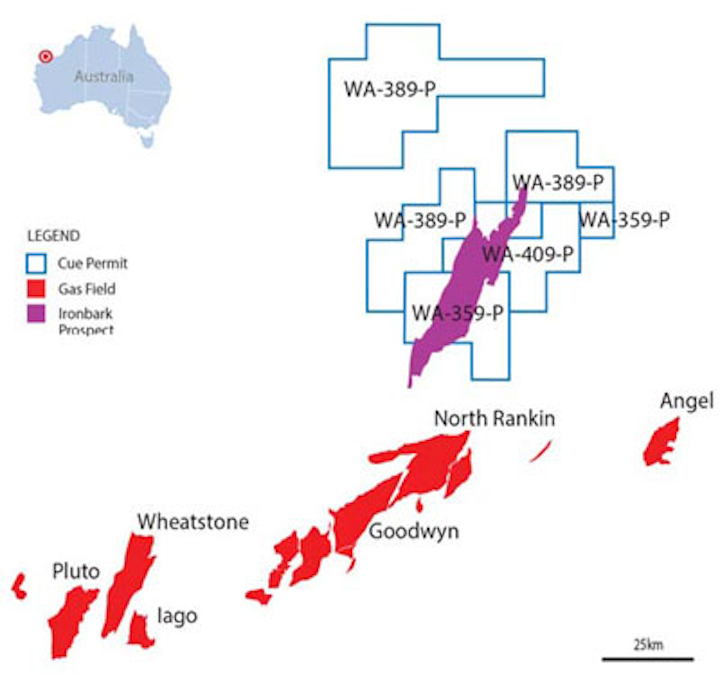 This concerns the timeframe for a commitment exploratory well in the WA-359-P permit, which is now extended until April 2018.

Cue has a 100% interest in the permit which contains the potentially giant Mungaroo formation Ironbark gas prospect with multiple objectives.

The structure is a simple NE-SW horst block with symmetric rollover, estimated to extend from 140-400 sq km (54-154 sq mi) with possible resources of more than 15 tcf.

Cue is seeking a partner to participate in drilling of a well, and claims that several international oil companies are evaluating the opportunity.