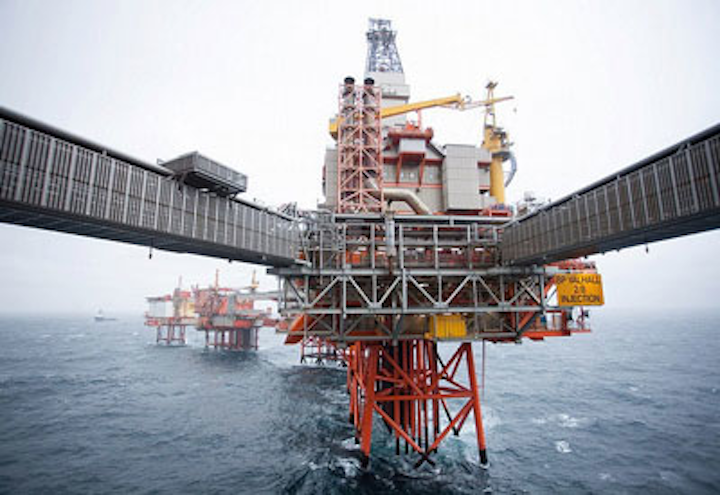 The combined company will be named Aker BP and will be headquartered in Fornebuporten, Norway, with Aker ASA and BP as main industrial shareholders.

In parallel, Aker will acquire 33.8 million shares from BP at the same share price to achieve the agreed-on ownership structure.

Bob Dudley, BP’s group CEO, said: “BP and Aker have matured a close collaboration through decades, and we are pleased to take advantage of the industrial expertise of both companies to create a large independent E&P company.

“The Norwegian continental shelf represents significant opportunities going forward and we are looking forward to working together with Aker to unlock the long-term value of the company through growth and efficient operations. This innovative deal demonstrates how we can adapt our business model with strong and talented partners to remain competitive and grow where we see long-term benefit for our shareholders.”

Aker BP will hold 97 licenses on the Norwegian continental shelf, of which 46 are operated. The company will have an estimated 723 MMboe of P50 reserves, with a 2015 joint production of around 122,000 boe/d.

It will operate production centers at Alvheim, Hod, Ivar Aasen, Skarv, Tambar, Ula and Valhall in theNorth Sea, and will also be a partner in the Johan Sverdrup development.

Karl Johnny Hersvik, CEO of Det norske, said: “Aker BP will have a balanced portfolio of operated assets and a high quality inventory of non-sanctioned discoveries. The company has potential to reach a production above 250,000 boe/d in 2023.”

“We will implement simple processes across the combined entity, and build a fit-for-purpose organizational structure, with corresponding capacity and competence from both organizations,” Hersvik said. “We expect to realize significant cost cuts and synergies, which will be implemented in close cooperation with employees and suppliers.”

Øyvind Eriksen will remain chairman while Hersvik will be CEO of the combined company.

The transaction is subject to approval by the relevant Norwegian and European Union authorities.