Once Brazil's bold, dynamic embodiment of the promise of its presalt reserves, the ongoing difficulties of OGX have brought its share price plummeting and left similar-sized companies to learn from the fallout. 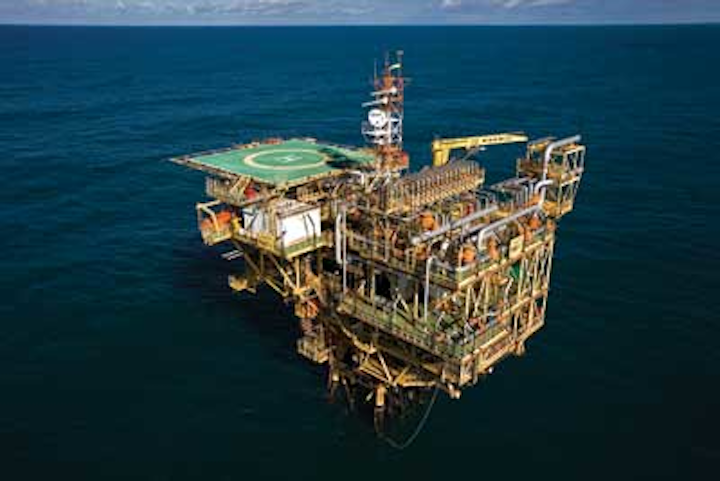 OGX's troubles have brought uncertainty to the market

Once Brazil's bold, dynamic embodiment of the promise of its presalt reserves, the ongoing difficulties of OGX have brought its share price plummeting and left similar-sized companies to learn from the fallout. At the end of October, what was once the second biggest oil company in the country filed for bankruptcy protection, with owner Eike Batista running out of once seemingly bottomless resources.

The flagship Tubarão Azul field in the Campos basin was declared non-commercially viable and will likely be returned to Brazil's National Petroleum Agency (ANP), while Tubarão Martelo was part of a cash-raising sell-off for which they hoped to fetch $850 million. Malaysia's Petronas began dragging its feet over the deal, however, leaving OGX to begin production of its principal activity at the end of 2013.

Some costly legal battles and changes of key personnel were also central to OGX's downturn in fortunes. Rodolfo Landim, a former managing director of exploration and production at Petrobras, co-founded OGX with Batista in 2007. Two years later he left over a financial dispute that still sees him pursuing $270 million from the company.

In 2010, Landim set up XYC, an oil start-up with a highly experienced team looking to participate in the resumed license rounds as well as seeking farm-in opportunities. After two years of studies, in the 11th round held last year, XYC - renamed Ouro Preto at the start of 2013 - acquired the BAR-M-387 block in the shallow waters of the Barreirinhas basin off northernBrazil.

Ouro Preto is currently a class B operator, looking at options that could lead to the award of class A status and open up the possibilities of deepwater operations further south. However, with both BG and Petrobras operating in Barreirinhas, possible farm-ins are high on the agenda in the near future.

Created in May 2010, Barra Energia was the brainchild of another group of experienced former Petrobras executives including João Carlos de Luca and Renato Tadeu Bertani. Attracted by their experience, streamline set up and Brazil's offshore prospects, US fund First Reserve pumped $500 million into the venture.

"Everybody knows that petroleum upstream is a risky business where you cannot make promises or create expectations before having ground data in your hands," said Cainelli. "Our approach is to grow with prudence and strong capital discipline, and at the due time, make the appropriate announcements based in well results and tests."

Barra Energia currently owns a share in the BM-S-8 block in the Santos basin, still in an evaluation phase with three drilled exploratory wells: Bem-te-vi, Bigua, and Carcara. The company has not participated in any auction rounds, but has spent about $480 million on acreage. That, according to Cainelli, still leaves $720 million to be spent over the coming four to five years.

"Carcara represents by far the biggest accumulation in the block and one of the most important discoveries in the entire presalt of the Santos basin. The discovery penetrated a significant column containing at least 471 m [1,545 ft] of excellent quality oil [31° API], free of contaminants, and with 402 m [1,319 ft] in carbonate reservoirs of excellent porosity and permeability. Pressure data indicate that these reservoirs are interconnected." Drilling of an appraisal well is planned for 2014, with test results following in early 2015. First oil is expected in late 2018.

Like BM-S-8, Barra Energia's other activity in the Santos basin, the BS-4 prospect, is a partnership with fellow Brazilian company Queiroz Galvão Exploration and Production (QGEP). As operator in the block's promising Atlanta and Oliva fields, QGEP is the only national company currently operating independently in the Santos basin presalt exclusion zone.

Part of the vast Queiroz Galvão conglomerate, QGEP became the first independent oil company in Brazil when it began its drilling services in the 1980s. A prudent approach to financial discipline and risk management and subsequent sustained growth has made it one of the country's largest oil and gas companies.

Since 2000, QGEP have developed one of the biggest natural gas reserves in the country in the Manati field off the Bahian coast. The 45% share, with Petrobras as operator, represents the company's flagship production project and main cash flow source, with six wells tapped into an estimated 20 bcm (706 bcf) of natural gas. The wells are linked to the PMNT-1 fixed production platform and piped 125 km (78 mi) to the processing plant.

Its 30% stake in BS-4 is equal to that of Barra Energia, with OGX owning the remaining 40%, bought from Petrobras in 2012. Last month, QGEP released an official statement relating to OGX's insolvency issues and the knock-on effect that could have on the consortium's obligations to the ANP.

The case is unprecedented in Brazil, leaving QGEP to push forward with its development plan while the ramifications and potential fallout from OGX's financial difficulties are analyzed. A successful operation in the Oliva prospect, with its estimated 260 MMbbl of recoverable, extra-heavy crude oil, should be an opportunity to restore some confidence in the ailing company. However, first oil is not expected before 2021.

An early production system is already being put in place in Oliva's sister field, Atlanta, the first fruits of which the company hopes will be a source of additional cash flow to help fund further drilling projects from 2015 onward. The development plan, approved in August, will see the conclusion of an appraisal well followed by five horizontal producing wells and three horizontal injection wells. Full-scale development of Atlanta's recoverable 260 MMbbl is scheduled for 2017/2018, with 12 horizontal production wells.

Another three-letter acronym with its eye on the presalt prize, HRT, entered the exploration market in 2008, one year after Eike Batista founded OGX. Like its forerunner, HRT had little trouble amassing investment in an initial public offering in 2010. Like Batista, its enigmatic founder Marcio Mello, an experienced former Petrobras geologist, was also providing the necessary confidence in his company's quest for reserves.

Hamstrung by the government's legal uncertainties over the royalties from the presalt fields and subsequent lack of licensing rounds, HRT looked outside of Brazil. Despite carrying out the largest3D seismic survey ever performed on the West African coast covering around 10,000 sq km (3,861 sq mi), their dry and sub-commercial wells in Namibia proved expensive, unsuccessful exercises; and operational cutbacks and farm-down efforts are under way.

In a bid to turn producer, however, HRT is close to finalizing a deal with BP for its 60% stake in the Polvo field in the southern part of the Campos basin. Production stands at around 13,000 b/d and HRT will make efforts to stem ongoing decline with new wells planned for 2014, hoping, too, that the field lies along other larger producing fields.

Barra Energia's Cainelli is certain that the right approach will bring success for the smaller companies as well as the multi-nationals. "So far an estimated 50 Bbbl of oil were discovered mainly in Santos and Campos basins, located indeepwaters up to 2,000 m [6,562 ft]," he said. "A great dose of capital with human and technological challenges will be needed to bring onstream in the near future all these giant discoveries."