Drilling activities in the US Gulf of Mexico continue to suffer from the market downturn, plunging the rig count to historic lows. On the week ending May 19, the US GoM rig count stood at 23, according to the Baker Hughes weekly report. 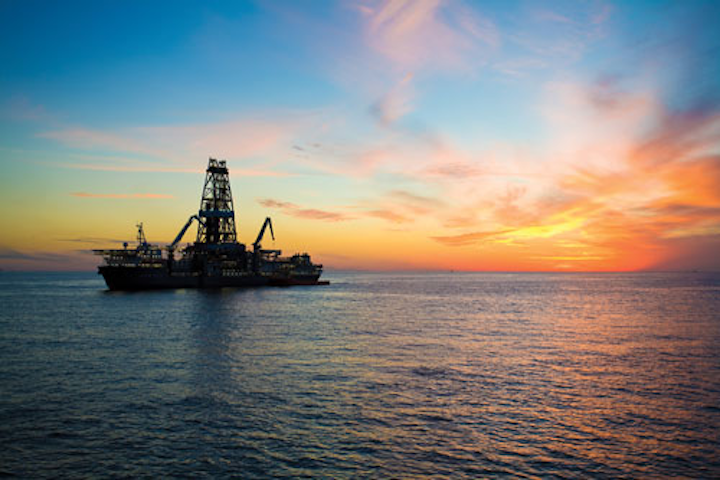 Drilling activities in the US Gulf of Mexico continue to suffer from the market downturn, plunging the rig count to historic lows. On the week ending May 19, the US GoM rig count stood at 23, according to the Baker Hughes weekly report. That number is the same as it was last year at this time. But when one compares that number (23) to the 33 active rigs of May 2015 and the 58 active rigs of May 2014, the depths of the downturn become evident.

Since the beginning of the year, contracted utilization has continued to drop in the US Gulf. The average marketed rig count in April was 29.2, down from 34.0 in January. Drillships made up the vast majority of the contracted count at 19.0 units. Semisubmersibles came in at 4.0 for the month of April. “Both of these are down slightly from March,” says Cinnamon Edralin of IHS Markit Petrodata. “Conversely, jackups saw a slight improvement in terms of marketed contracted utilization.” In April, the average contracted jackup count was 6.2, versus 5.9 in March.

Moreover, the Gulf’s rig supply has also decreased since the beginning of the year. “Several rigs have left for jobs elsewhere, while some have left for stacking locations in regions where hurricane insurance is not a necessity,” Edralin noted. “Most of the rigs that left with jobs in hand went to other parts of the Americas.” For example, Diamond Offshore’s jackupOcean Scepter went to work off Mexico, while the drillship Noble Bob Douglas went to South America for a job off Suriname, and the Maersk Developer went to Colombia.

Overall, E&P activity in the US Gulf of Mexico continues to be plagued with uncertainty as oil prices hover around $50/bbl. And that price environment has in turn engendered an economic climate in which operators and developers continue to be cautious.

That trend may continue through the year, according to a report from Wood Mackenzie entitled “US Upstream: Five things to look for in 2017.” The report, which came out in January, offered a fairly pessimistic view of exploration and drilling activity in the US Gulf for this year. “The merging of lower oil prices and the gradual end of a major investment cycle in the deepwater Gulf of Mexico will finally take its toll on the region in 2017,” said author Jackson Sandeen, senior research analyst, Lower 48, upstream oil and gas for Wood Mackenzie.

More recently, Imran Khan, senior manager with Wood Mackenzie, noted that investment in the US GoM is expected to drop to $9.8 billion this year, a 36% decline from the 2015 peak and the lowest since 2011. However, the heavy investment from earlier this decade will lead to a new post-Macondo production peak of 1.74 MMboe/d this year.

While E&P activity costs and pricing are expected to creep up in 2017, the “GoM is still searching for a bottom” Sandeen wrote in January. “This is largely due to the softened rig market.”

Although leading-edge day rates are averaging $230,000, the overall average for rigs in GoM is still $470,000 - a legacy of contracts signed during the days of $100/bbl. While smaller players have taken advantage of the softer rig market, bigger players have been left behind. This $240,000 gap between the leading-edge and average contracted rates will be the key driver for contract cancellations or renegotiations in 2017, Wood Mackenzie says.

Lower rig rates will help bring well costs down, but operators can only squeeze service companies so much, the report noted. “Consequently, we expect [that] operators will also focus on project design to bring costs down,” Sandeen wrote. “Over-engineered facilities will become a thing of the past as operators right-size projects. Reducing well count, by high-grading development well locations and completing exploration and appraisal wells, will further help as companies prioritize lowering breakevens instead of increasing ultimate recovery.” As an example, Sandeen noted that Shell’s Vito project has been redesigned with a smaller facility and lower well count, “which has helped bring the breakeven down from $60s/bbl to the low $40s/bbl.”

With uncertainty still prevalent in the oil price outlook, deepwater operators have recently offered competitive economics for their new projects. Shell recently put new project breakevens below $45, including sub-$40 for the Kaikias project, while Anadarko is predicting 75%+ before tax RORs at $55.

To keep fixed costs down, companies are leveraging existing infrastructure by tying wells in new fields back to existing facilities over long distances and shifting from customized to standardized equipment and technologies. Aiding in cost reduction, low drilling activity and overbuilds have depressed contract rates for drillships and semisubmersibles, easing variable costs.

Exploration will remain low priority, says Wood Mackenzie. The decline in wildcat wells has been partially offset by the increase in infrastructure-led exploration by independents, albeit with a decrease in discovered reserves. Thirty-five E&A wells were drilled in 2016, compared with 39 in 2015, but discovered reserves declined from 650 MMboe to 250 MMboe. For this year at least, independents are expected to focus their limited budgets on development activities, resulting in fewer wildcat wells. Wood Mackenzie estimates that 25 E&A wells will be drilled in the US GoM in 2017. 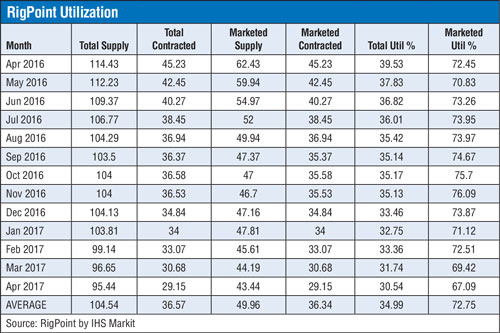 Despite the persistent market gloom, analysts are forecasting continued growth in the deepwater Gulf through 2020. The region currently supplies 15% of daily US oil production, more than the Eagle Ford or Bakken, and is expected to remain just as relevant by 2020. Eight deepwater projects in the Gulf went online last year, and seven more are expected to be active by the end of 2018. But that has not been enough to sustain many of the Gulf Coast companies that provide services to the offshore oil and gas industry.

In an earnings call with analysts in February, Todd Hornbeck, head of Covington-based Hornbeck Offshore Services, estimated that about two dozen drilling units were working in the deepwater Gulf. “Even as the industry worked through a year of recovering oil prices, deepwater rig deployment declined sharply, by 33%,” Hornbeck said.

At the time, Hornbeck noted, 19 drilling units were scheduled for 2017, even as oil prices sat in the low to mid-$50s. “Market sentiment and misplaced hope brought on by improved commodity prices will not fix the structural oversupply of vessels during this depressed market,” he said. “The facts are that as bad as 2016 was, 2017 will likely even be worse.”