Jadestone Energy has successfully applied for damages as a result of an arbitration action between its subsidiary Mitra Energy and Total E&P Philippines. 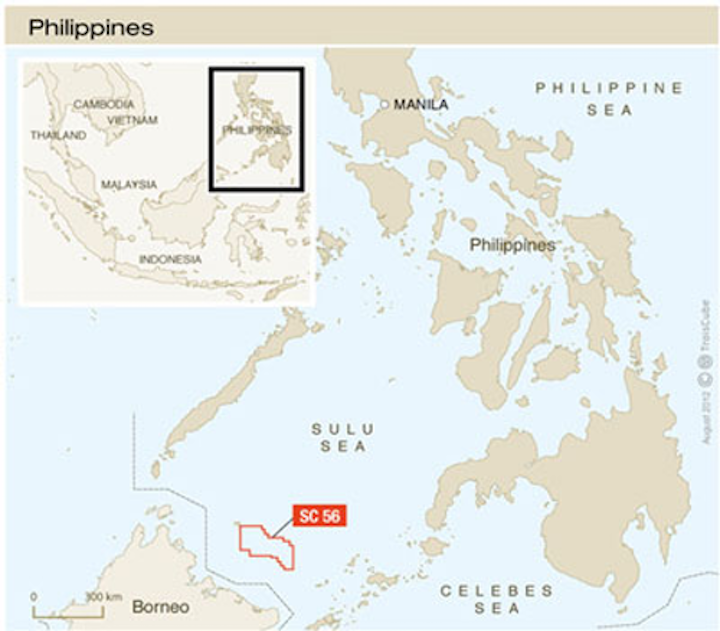 Location of SC 56 in the Sulu Sea offshore the Philippines.
(Map courtesy Total)

SINGAPORE – Jadestone Energy has successfully applied for damages as a result of an arbitration action between its subsidiary Mitra Energy and Total E&P Philippines.

In September 2012, Total farmed into Service Contract 56 (SC56) taking a 75% interest, and in August 2014, formally confirmed its intention to drill an exploration well on the Halcon prospect in the Sulu Sea, according to Jadestone.

The well was not drilled, however, leading Mitra SC56 to initiate an arbitration action claiming a breach of the 2012 farm-out agreement.

The tribunal concluded that Total had breached the FOA, and awarded damages to Mitra SC56 of $11.075 million, less specific expenditures incurred prior to the breach, plus legal costs of around $4.3 million.

Total remains the operator of SC56 with a 75% interest, with Mitra SC56 holding the remaining 25%.

Paul Blakeley, Jadestone president and CEO, said: “The SC56 asset is not consistent with our strategy and was inherited from the former Mitra Energy management team.

“It has remained in the Jadestone portfolio solely as a result of the carried well commitment, which was intended to provide a cost-free option to further test this frontier basin. It was important for the company and our shareholders to pursue our legal rights to a successful conclusion.

“With the satisfactory resolution of this matter, we can now refocus on… investment in producing assets and discoveries which can be quickly developed for early cash flow.”