The Equatorial Guinea Ministry of Mines and Hydrocarbons has awarded blocks to North American, European, and African oil companies under the country’s EGRONDA 2019 bid round. 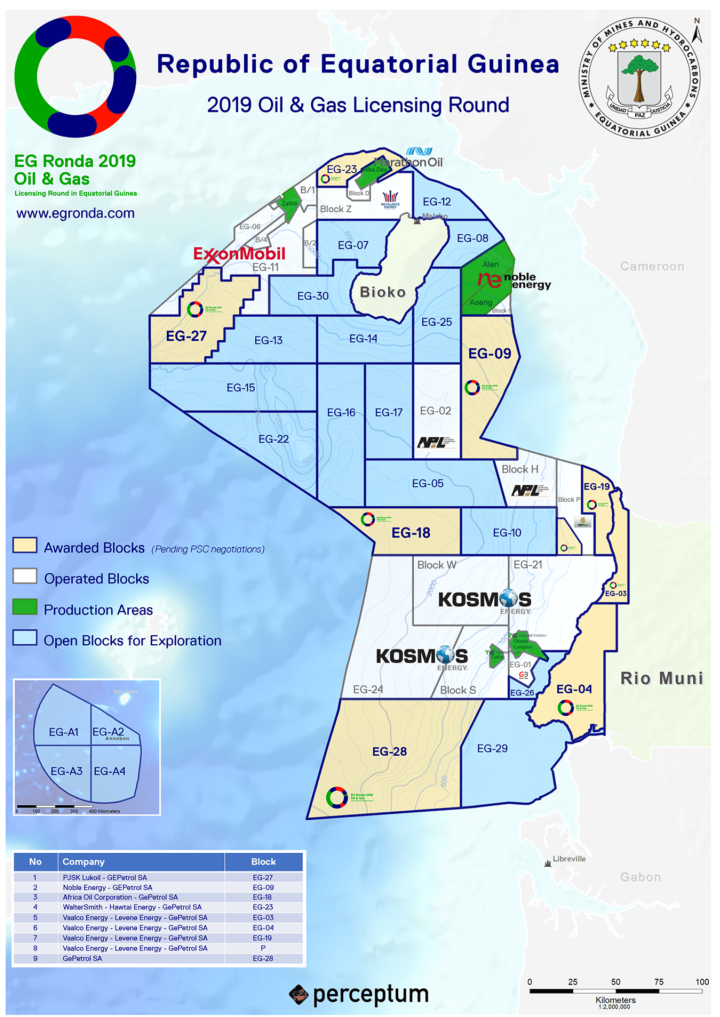 The two companies have executed a memorandum of understanding and are in preliminary discussions concerning a commercial relationship in the country.

In addition, the Ministry has signed a cooperation agreement with Vitol on the development of the government’s long-planned Gas Megahub project, which involves various new offshore gas hubs to monetize currently stranded gas resources.

According to the Ministry, the aim is to create a modern, flexible gas processing and export system serving growing gas demands in the region and LNG markets globally.

The government hopes the Gas Megahub will also facilitate a cross-border link to gas projects in neighboring countries such as Cameroon and Nigeria.

Agreements are already in place for new subsea pipelines taking gas from the offshore Aseng, Alen, and Alba fields to the Punta Europa processing complex on Bioko Island.