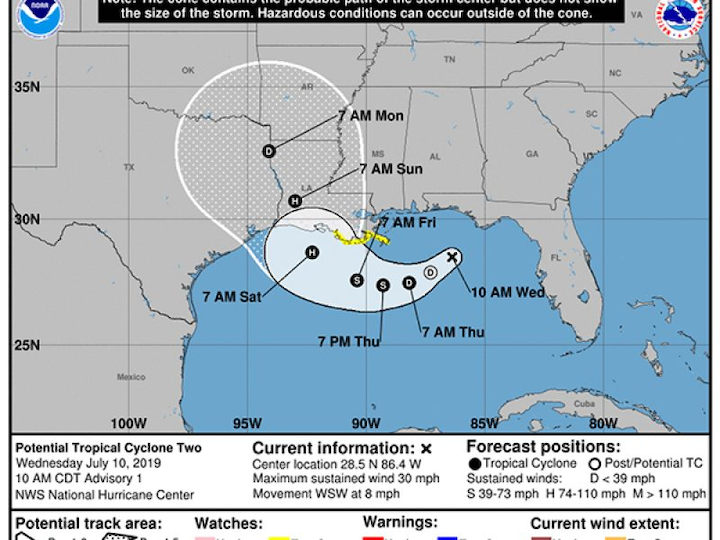 NEW ORLEANS – Offshore oil and gas operators in the Gulf of Mexico have started evacuating platforms and rigs in response to tropical weather activity, according to the Bureau of Safety and Environmental Enforcement (BSEE).

Based on data from offshore operator reports submitted as of 11:30 CDT today, personnel have been evacuated from 15 production platforms, 2.24% of the 669 manned platforms in the Gulf of Mexico.

Personnel have been evacuated from four non-dynamically positioned rigs, equivalent to 19.05% of the 21 rigs of this type operating in the Gulf.

Three DP rigs have moved off location out of the storm’s path as a precaution. This number represents 15% of the 20 DP rigs currently operating in the Gulf.

BP said it has begun removing offshore personnel and shutting-in production at its operated facilities across the Gulf.

Yesterday, Shell said it is evacuating non-essential personnel from its assets in the eastern GoM.