Upgrade work is progressing on the mooring system for the Maari FPSO offshore New Zealand. 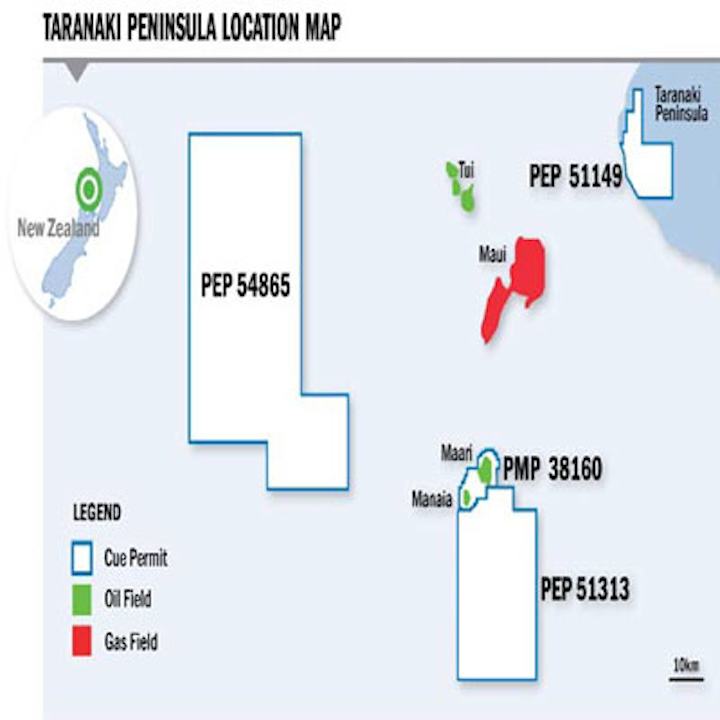 Once the program is finished, repairs should start to the field’s water injection line.

A simultaneous multi-well workover campaign is also proceeding as planned. Production has continued during the mooring campaign, although some wells have experienced short-term shut-ins for operational reasons.

Once water injection has been reinstated, daily production should be enhanced due to resumed pressure support for key producers.

Thereafter production fromMaari should stabilize for the rest of the year at around 12,000 b/d.

Cue has a 15% interest in the nearby offshore PEP 51313 permit, also operated by OMV.

The partners are assessing the remaining potential associated with the Matariki trend, up-dip of theMaari field. OMV is finalizing studies to determine the feasibility of acquiring additional 3D seismic to reduce the geologic risk of the remaining prospects.